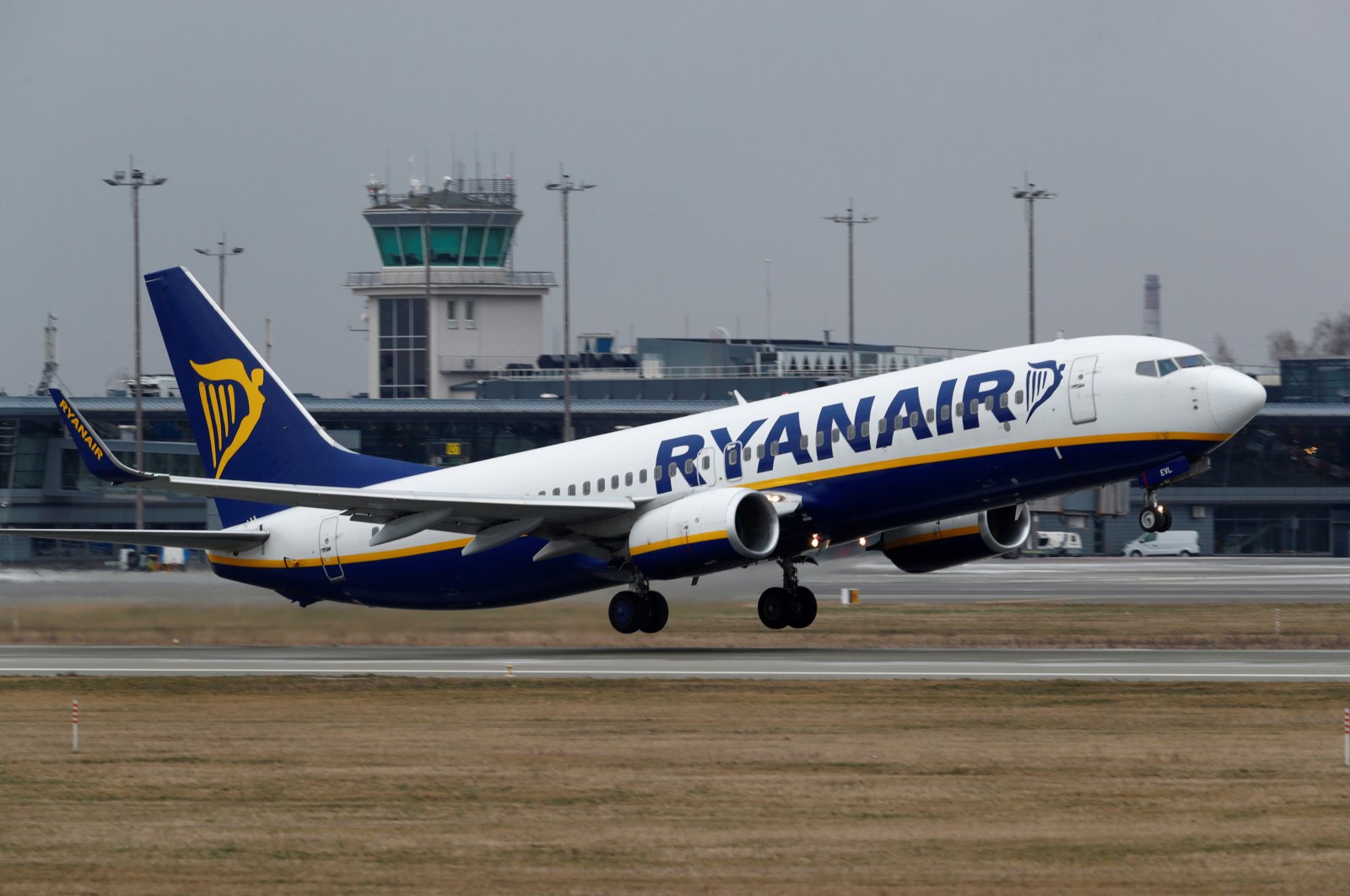 A Ryanair Boeing 737-8AS takes off before all international flights were canceled to help to contain the spread of the coronavirus, Riga, Latvia, March 16, 2020. (Reuters Photo)
by DAILY SABAH WITH AGENCIES
May 01, 2020 9:50 am

Irish budget airline Ryanair said in a statement Friday that it planned to cut 3,000 mainly pilot and cabin crew jobs and implement pay cuts of up to 20% in an effort to recover from the negative impact of the coronavirus pandemic that has hit the global aviation industry hard.

“Ryanair airlines will shortly notify their trade unions about their restructuring and job loss program, which will commence from July 2020,” it said in a trading update to investors.

The company also said that it planned to close certain aircraft bases across Europe until air traffic recovered. Passenger air traffic has come to a halt due to travel restrictions imposed worldwide to curb the spread of the virus.

It said the recovery of passenger demand following the virus outbreak and pricing would take at least two years, until the summer of 2022 “at the earliest."

The Irish airline also said it was in negotiations with both Boeing and Laudamotion’s A320 lessors to cut the number of planned aircraft deliveries over the next two years.

The carrier said on March 18 that it expected to ground most flights, including all international ones, from March 24 except for a very small number mostly between Britain and Ireland, becoming one of the latest airlines to do so.