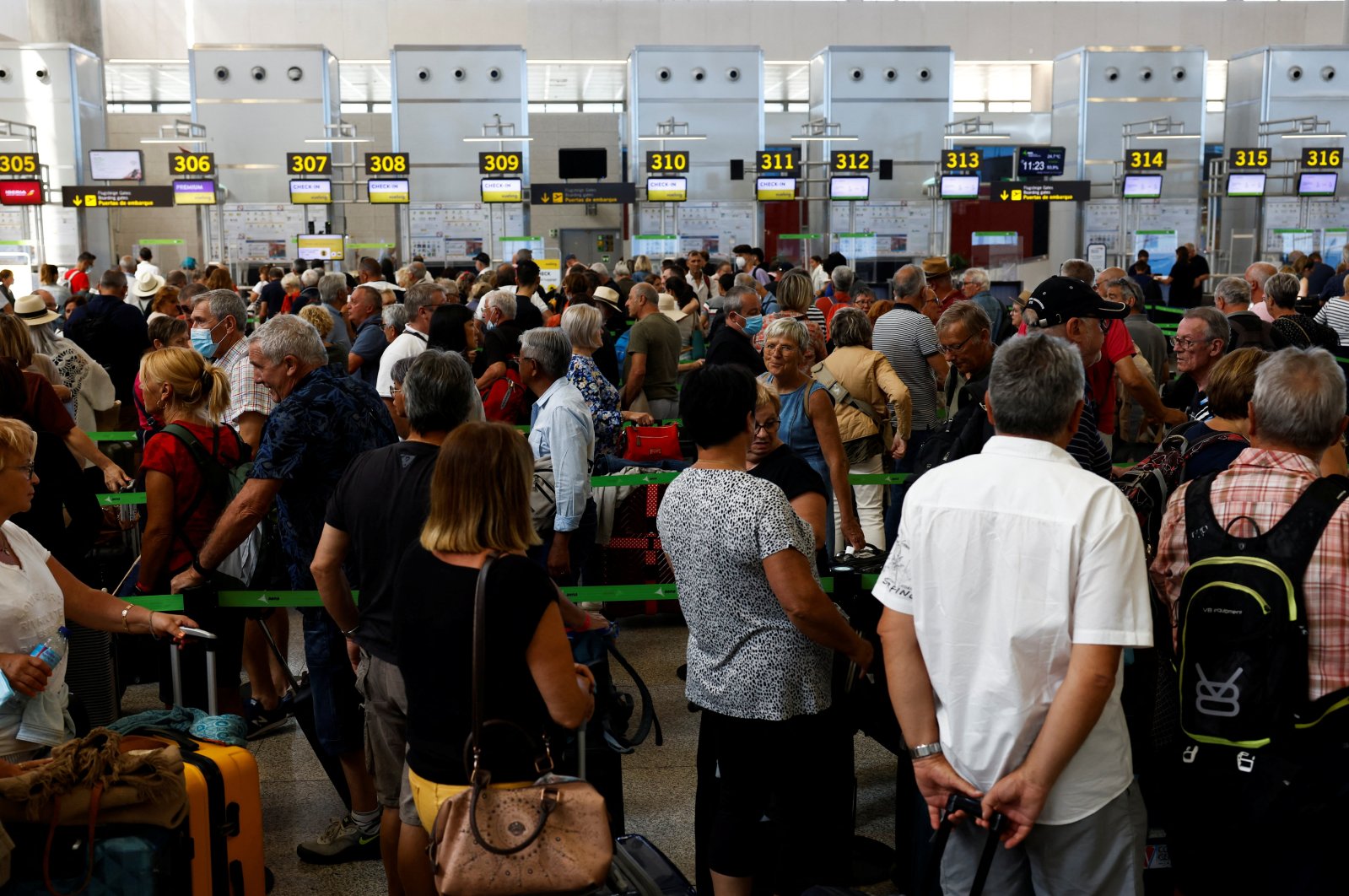 After 21 years as a service agent at Air France, Karim Djeffal left his job during the COVID-19 pandemic to start his own job-coaching consultancy.

"If this doesn't work out, I won't be going back to the aviation sector," said the 41-year-old bluntly. "Some shifts started at 4 a.m. and others ended at midnight. It could be exhausting," he explained.

Djeffal offers a taste of what airports and airlines across Europe are up against as they race to hire thousands to cope with resurgent demand, dubbed "revenge travel" as people seek to make up for vacations lost during the pandemic.

Airports in Germany, France, Spain and the Netherlands have tried offering perks including pay raises and bonuses for workers who refer a friend.

Leading operators have already flagged thousands of openings across Europe. But the industry said European aviation as a whole has lost 600,000 jobs since the start of the pandemic.

Yet the hiring blitz can’t come fast enough to erase the risk of canceled flights and long waits for travelers even beyond the summer peak, analysts and industry officials said.

The summer when air travel was supposed to return to normal after a two-year pandemic vacuum is in danger of becoming the summer when the high-volume, low-cost air travel model broke down – at least in Europe's sprawling integrated market.

Airlines such as low-cost giant easyJet are canceling hundreds of summer flights and new strikes are brewing in Belgium, Spain, France and Scandinavia.

As industry leaders head to a summit in Qatar this week, a major theme will be who bears responsibility for the chaos between airlines, airports and governments.

"There is a lot of mud-slinging but every side is at fault in not coping with the resurgence of demand," said James Halstead, managing partner at consultancy Aviation Strategy.

The aviation industry said it has lost 2.3 million jobs globally during the pandemic, with ground handling and security hardest hit, according to Air Transport Action Group which represents the industry.

Many workers are slow to return, lured by the "gig" economy or opting to retire early.

While he expects travel pressure will ease after the summer, he said shortages may persist as older workers stay away, and critically, there are fewer younger workers willing to replace them.

"Even if there is a recession, the labor market will remain tight at least this year," Luman said.

A major factor slowing hiring is the time it takes new workers to get a security clearance, in France up to five months for the most sensitive jobs, according to the CFDT union.

She said shortages have led to staff being overworked. Stranded passengers have been turning aggressive. Morale is low.

"We have young people who come and leave again after a day," she said. "They tell us we're earning cashiers' wages for a job with so much responsibility," she added.

After much disruption in May, the situation in France is stabilizing, said Anne Rigail, chief executive of the French arm of Air France-KLM.

Even so, Paris's Charles de Gaulle and Orly airports, where one union has called a strike on July 2, still need to fill a total of 4,000 vacancies, according to the operator.

And in the Netherlands, where unemployment is much lower at 3.3%, unfilled vacancies are at record highs and KLM's Schiphol hub has seen hundreds of canceled flights and long queues.

Schiphol has now given a summer bonus of 5.25 euros per hour to 15,000 workers in security, baggage handling, transportation and cleaning – a 50% increase for those on minimum wage.

"That's of course huge, but it still isn't enough," said Joost van Doesburg of union FNV. "Let's be honest, the last six weeks have not really been an advertisement for coming to work at the airport," he added.

Schiphol and London's Gatwick last week unveiled plans to cap capacity during the summer, forcing more cancellations as airlines, airports and politicians bicker over the crisis.

Willie Walsh, head of the International Air Transport Association (IATA), the global airline industry group meeting in Qatar, has dismissed talk of a breakdown in air travel as "hysteria."

Walsh in turn blames part of the disruption on the actions of "idiot politicians" in places like Britain where frequent changes in COVID-19 policy discouraged hiring.

The June 19-21 IATA meeting is expected to signal relative optimism about growth tempered by concerns over inflation.

Such gatherings have for years portrayed the industry as the positive face of globalization, connecting people and goods at ever more competitive fares.

But the European labor crisis has exposed its vulnerability to a fragile labor force, with the resulting rise in costs likely to push fares higher and add pressure for restructuring.

In Germany, for example, employers say many ground workers have joined online retailers such as Amazon.

"It's more comfortable packing a hair dryer or a computer in a box than heaving a 50-pound suitcase crawling into the fuselage of an airplane," said Thomas Richter, chief of the German ground-handling employers' association ABL.

Analysts say the labor squeeze may raise costs beyond the summer but it is too early to tell whether the industry must step back from the pre-pandemic model of ever-rising volumes and cost-cutting, which generated new routes and kept fares low.

For some departing employees, however, Europe's torrid summer signals a wake-up call for passengers and bosses alike.

"I personally think the very cheap flying ... I just don't know how they can really keep up with that," said a former British Airways cabin crew member, 58, who has taken redundancy.