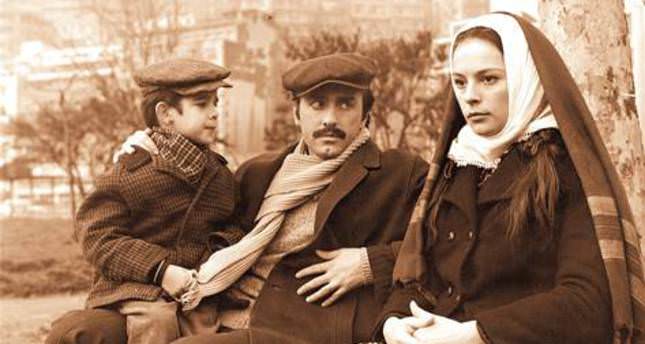 by Daily Sabah Nov 07, 2014 12:00 am
The Turkish Embassy in Paris will organize An Appointment with Turkish Cinema in Paris from Nov. 28 to Nov. 30. in collaboration with Turkey's Culture and Tourism Ministry. Dedicated to the 100-year anniversary of Turkish cinema, the forthcoming event will portray different stories from Turkey while also illustrating common feelings between the two countries at Le Lucernaire, a culture and arts center in Montparnasse. The free event will screen Turkish films including Ömer Lütfü Akad's "Gelin" (Bride), which stars famous Turkish actress Hülya Koçyiğit; "Kelebeğin Rüyası" (The Butterfly's Dream), written and directed by Yılmaz Erdoğan and featuring the well-known Turkish poet Behçet Necatigil; Yavuz Turgul's "Muhsin Bey" (Mr. Muhsin), which stars Şener Şen and "Pek Yakında" (Very Soon), written and directed by Cem Yılmaz, who also stars in the leading role as well as Nuri Bilgi Ceylan's "Kış Uykusu" (Winter Sleep), which won the Palme d'Or at the 64th Cannes Film Festival. The event's poster depicts a scene from Metin Erksan's 1965 production "Sevmek Zamanı" (Time to Love). Creative Director Serap Ergin said the poster was designed to highlight the importance of safeguarding and transferring the treasure of cinema that belongs to all the world's citizens. The annual event will create a bridge between Turkey and France, which has always been the biggest supporter of cinema and its intellectual power.