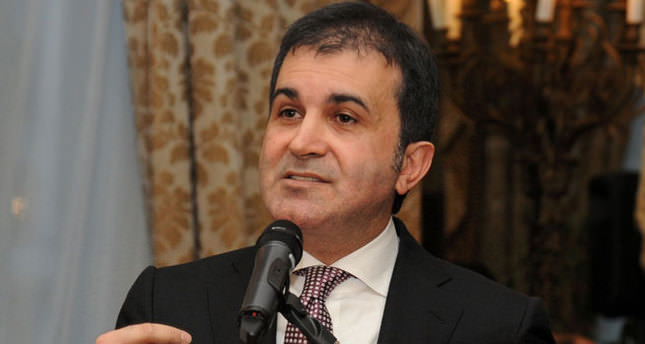 by daily sabah
Nov 08, 2014 12:00 am
Culture and Tourism Minister Ömer Çelik announced a new draft law to promote Turkish films in the international market and encourage foreign film companies to come to Turkey.

Culture and Tourism Minister Ömer Çelik visited Los Angeles, the heart of the U.S. film industry, as a part of events marking the centenary of Turkish cinema this week. "The draft law has already been prepared. It will not only open the door to collaborations with foreign film companies, but it will also support their operations in Turkey," he said. Çelik added that Turkish cinema will become a global brand. He pointed out that the draft law includes incentives for Turkish TV series and underscored the strong cooperation between the ministry and the private sector. Çelik described the Turkish film industry as a soft power. "I attended an EU meeting in Rome. An Italian minister said Ferzan Özpetek is the most important director in Italian cinema. And I said he is a Turkish director, not Italian," he added. The culture minister noted that Turkish viewers also admire state-funded films. Some of these films have received critical acclaim at international festivals Çelik said. The choice of Turkish viewers is coherent with international film standards. Antalya Metropolitan Mayor Menderes Türel is planning to build a film set platform in Antalya similar to that located in Kocaeli province. "It is necessary to establish a high-quality platform to draw more foreign companies to Turkey," he concluded.