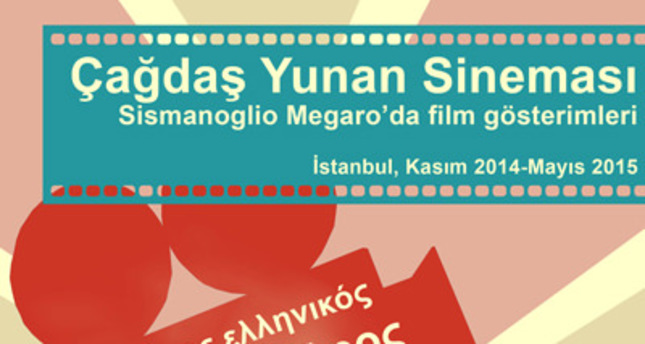 by Daily Sabah Nov 09, 2014 12:00 am
The Contemporary Greek Film screenings will kick off on Nov. 14 at Sismanoglio Megaro, the cultural and educational center of the Consulate General of Greece in Istanbul. Greek director Nikos Panayotopoulos's "Athens-Istanbul" will be the opening film along with six others until May 2015. The free event is organized by the Consulate General of Greece and the Greek Film Center. According to the written statement by the Sismanoglio Megaro, Syllas Tzoumerkas's drama-thriller, "Hora Proelefsis" (Homeland), will be screened on Dec. 12. "Unfair World" by Filippos Tsitos will be shown on Jan. 23, 2015 followed by Giorgos Tsemberopoulos's 2013 production, "The Enemy Within," on Feb. 20, Tassos Boulmetis's "A Touch of Spice" on March 20, Babis Makridis's "L" on Apr. 17 and Pantelis Vulgaris's "Brides" on May 8. All films will be screened with Turkish subtitles.