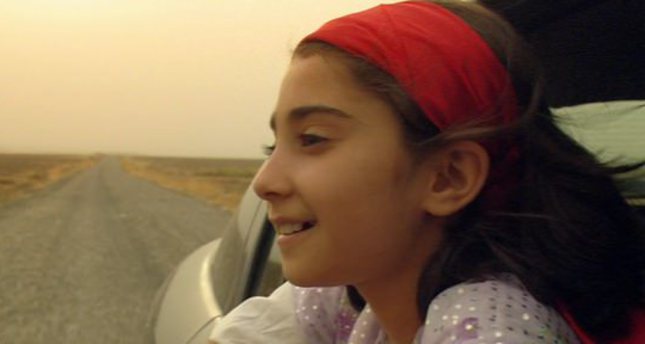 by daily sabah
Nov 11, 2014 12:00 am
A first in Turkey, the Kurdish Broadcasters and Filmmakers Association (KUSİ-KURD) has been founded with the purpose of bringing those who work in the film and broadcasting industry together and contributing to the Kurdish language. Saying that their primary focus is cultural interaction and the visibility of the Kurdish language, Salih Süleymani, the president of the association, said that they have nothing to do with any political party or organization and added, "Our purpose is to bring Kurdish broadcasters, editors, directors, actors and filmmakers together and to enhance Kurdish media language." Speaking to Anadolu Agency, Süleymani remarked that the association, located on Karanfil Street in Kızılay, was founded with the approval of the Governorship of Ankara and added that anyone can join KUSİ-KURD.

The association has already started to offer language courses for those who wish to learn Kurdish or improve their level of Kurdish. He said that KUSİ-KURD will soon offer presenter training opportunities as well. Süleymani also explained that they chose the word "kusi," which means "tortoise" in Kurdish, deliberately. "Tortoises generally have the longest lifespan of any animal. Despite their heavy shell and slow movements, they are determined. They are so self-confident that they can compete with a rabbit. For the time being, we would like to achieve our goals at a snail's pace but determinedly like a tortoise.

However, we believe that we will make an indelible impression with award ceremonies, film festivals, media trainings and other activities that we are going to organize," Süleymani said. Zelal Mevlütoğlu, the vice president of KUSİ-KURD, also said that they are pleased with the interest in their new association and the quota for language courses is already full. Emphasizing their purpose of enhancing people's knowledge of the Kurdish language and necessity to work for removing the Zaza language from the list of endangered languages, Mevlütoğlu, explained that the works of KUSİ-KURD will be beneficial for this purpose.

The director of "Annemin Şarkısı" (Song of My Mother), Erol Mintaş spoke to Daily Sabah about the newly founded association. "I do not know the association in detail but I have read about it. As is known, professional associations have positive effects on the sectoralization of the cinema. In this regard, I think the foundation of KUSI-KURD is a positive step in terms of the sectoralization of Kurdish cinema. I hope it will create a professional network between those who live in largely Kurdish-populated cities and in the whole world. In fact, Kurdish cinema has gained speed in both the most Kurdish-populated cities, and in Europe and the U.S. with the successful films that Kurdish directors have made. The increase in the number of such professional associations may contribute to the institutionalizations that protect the rights of those who work in the broadcasting and film industry. I hope they will produce memorable projects. It is a positive development for the Kurdish language and Kurdish cinema," Mintaş said.

Having won the top prize at the Sarajevo Film Festival, "Annemin Şarkısı" will have its Turkish premiere on Friday through Başka Sinema. The film depicts the story of a mother and son who live in the Tarlabaşı district of Istanbul as a result of compulsory migration. The film is a good opportunity to observe the effects of forced migration and urbanization projects.