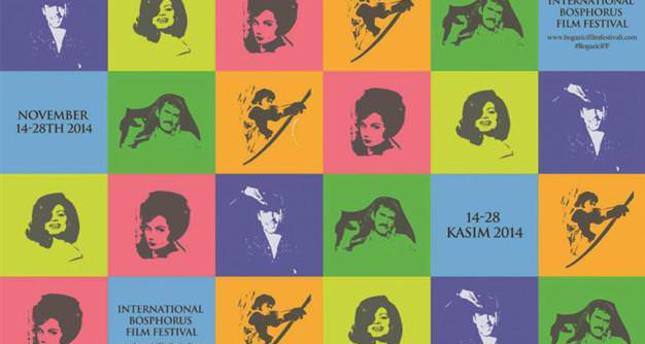 by daily sabah
Nov 21, 2014 12:00 am
More than 3,500 films from around the world have been submitted to Turkey's second International Bosporus Film Festival, Turkish actress Belçim Bilgin said on Tuesday. The major film festival, which began on Nov. 14, will continue until Nov. 28. Movie buffs from around the world will be in attendance as well. Festival tickets are free of charge and more than 180 films are being screened across Istanbul's movie theaters including Atlas, Cine Majestic, Bağlarbaşı Culture Center, Tarık Zafer Tunaya Culture Center and Tophane-i Amire. The audience-friendly festival aims to support film professionals and strengthen the connection between audiences and cinema. Certain lecturers from the New York University (NYU) Tisch School of Arts have been invited to give workshops and panels during the event. While promoting and supporting short films and their directors, these workshops will open new doors and breathe fresh air into short film industry. Among the invited lecturers mentioned are Amy Fox, Mick Casale and Carole Dysinger. The New York-based playwright and screenwriter Amy Fox adapted her theatrical play "Heights" into film, which had its world premiere at the Sundance Film Festival in 2005, and has been featured at various movie theaters around the world. Her theatrical works have been performed in New York, London, Tehran, San Francisco and St. Pauli. The Ensemble Studio Theater, where she is currently a member, also promoted many of her works. Recently, she directed her debut short film "All Her Notebooks." Fox is also a full-time lecturer and gives post-graduate screenwriting courses at NYU. Carol Dysinger worked as a feature-length film and documentary editor before her directorial debut with "Camp Victory." Her editing credits include "Deadline," "Rain," "Payakan," "Punk" and "Santitos," all of which were screened at international film festivals such as Sundance, Berlin and Venice. They were also nominated for Emmy and Academy Awards. Dysinger writes scripts for 20th Century Fox, Disney and HBO while working as the Graduate Film and New Media Professor at NYU. Mick Casale is an internationally reputable script "doctor" and has consulted on many scripts for feature and documentary films including "Shrek the Third," "Shrek Forever After," "Date Night," "The Trials of Henry Kissinger," "Why We Fight" and "The House I Live In." He has given dramatic writing lessons for more than 30 years at NYU and was recently honored as a distinguished professor. Casale is currently working on "Action Precedes Explanation," a book focusing on script writing.