Experiences of foreign women in Istanbul on theater stage 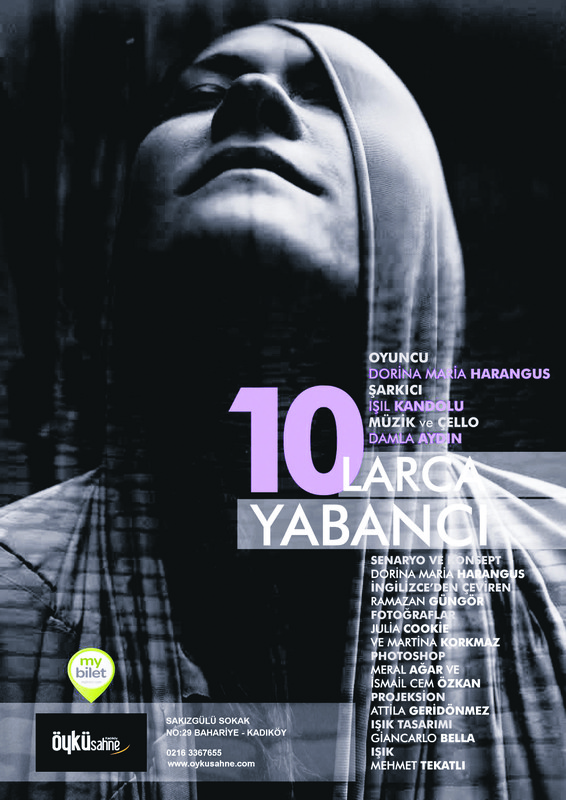 The play features the life of Sorina, a woman who encounters the social, political, religious and cultural barriers of Turkey - a country completely foreign to her. Prior to her performance, Harangus met with other foreign women, listened to their stories and had new experiences on her tour around the glorious city of Istanbul. The women posed for her camera and talked about their life. Set on one of Istanbul's streets, Sorina tells the stories of 10 women accompanied by cellist Damla Aydın and songs by Işıl Kandolu. Sorina explores whether her soul is adapted to each story as if she was trying on a dress each time.

The photos of the 10 women are shown to viewers in the background, enhancing the performance. Although there are 10 women, the play evokes th

e feeling that the stories belong to anyone watching it. What Sorina wants to say is that everyone can be a foreigner sometime and somewhere. During her journey, she has made many mistakes and faces her own drama in a city that both hurts deeply but then heals her. Although it is fiction, all the stories are based on real-life encounters. Harangus used women's stories, news and information from her friends and Facebook in her performance. She previously said in a statement that some of the women frankly and unabashedly shared their experiences, while some others did not want to disclose their identity. The play presents these stories with music in both a touching and humorous way. The life of foreign women is brought to life in the 75-minute play.
Last Update: Mar 04, 2015 12:06 am
RELATED TOPICS