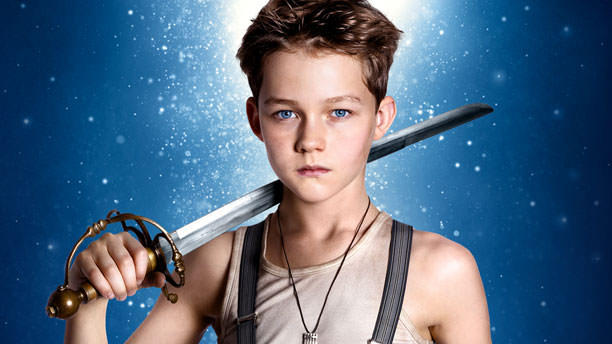 by reuters
Oct 07, 2015 12:00 am
In the century since Scottish author J.M. Barrie created Peter Pan for a stage play then a book, the Neverland universe has inspired movies, books, TV shows, plays, videogames and even a pop psychology syndrome describing emotionally immature men. For the latest iteration of the classic story involving Tinkerbell, Captain Hook and the Darlings, the focus is on the origins of the boy who famously wouldn't grow up. Warner Bros' "Pan" arrives in U.S. movie theaters on Friday, a live-action 3D feature aimed at children that imagines the beginnings of Peter's story: how he got to Neverland and learned to fly. "I think Peter Pan has taken on a life of its own in the same way that Sherlock Holmes has," said director Joe Wright, referring to Arthur Conan Doyle's crime-solving British literary phenomenon. "Peter has incredible courage and fun and so I think that reminds us of childhood in an honest and beautiful way. It's no surprise that Barrie was writing at the same time as Freud. His story is somehow deeply psychologically accurate and acute," Wright said.

For Wright, the appeal of Peter Pan had little to do with a reluctance to grow up - a complex embodied by the late singer Michael Jackson and his Neverland ranch in California with its carousel, animals and Peter Pan references. "I always wanted to grow up. I hated childhood. I found it a really difficult period of life. I was bullied and I was quite scared a lot of the time. So Peter Pan offered an escape from all of that," he said. The theme of "Pan" is of a boy with a powerful imagination who is looking for the mother who abandoned him at birth just before World War Two. He discovers his identity and confidence along the way. Newcomer Levi Miller stars as young Peter, with Hugh Jackman as wicked pirate Blackbeard, Garrett Hedlund as (at this stage) friendly James Hook and Rooney Mara as a controversially white warrior princess Tiger Lily.Underneath the video-game inspired pirate battles, multi-colored tree villagers and cavernous pixie dust mines, Wright says he wanted make a movie that "reconnected and validated the 11-year-old boy in myself." "I wanted to make a film from the point of view of a kid who saw the world as a fabulous extraordinary place, full of magic and wonder, without cynicism or irony."