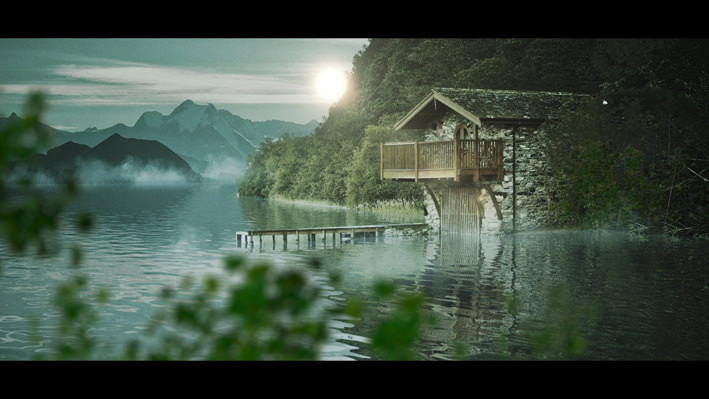 by Zeynep Esra İstanbullu Oct 07, 2015 12:00 am
The filming of the long-awaited action-drama "Kanat: Vecihi Hürkuş" (Wing: Vecihi Hürkuş) has finally started. The teaser of the film has been likened to the Hollywood production "Pearl Harbor." The teaser hints that the film will feature advanced digital and visual effects. All around, the film, which is scheduled to premiere this winter, stands out with its touching story, high-resolution visual effects, gripping script and fascinating scenes. Moreover, the film's soundtrack is strong and emotional. Authorities consider the level that Turkish cinema has reached and progress it has made can now be considered as a revolution for culture and art lovers.

The project is said to cost $5 million and filming is taking place at film studios in the western province of İzmir's Urla district as well as in Istanbul. Currently, the set in Istanbul is being prepared as it has to reflect the setting of the period. In addition to these preparations, scenes with visual effects are being filmed at special green screen studios. Visual effects experts from Turkey, Germany, Canada and France are work together on the film.

The teaser of the film was screened on Civil Aviation Day. To celebrate the special day, Hürkuş's grandchildren, the producer of the film, Mehmet Çetin - who is also the owner of UNCFILM, which is known for their special effects - and the cast convened at the Vecihi Hürkuş memorial monument in Kızıltoprak in Istanbul. The film focuses on the story of a young man who follows the footsteps of famous Turkish aviator Vecihi Hürkuş. The film showcases the difficulties he encounters while building his specially design plane. Blending love, passion for aviation, sorrow and joy, the film's strongest hand will be its visual effects.

Apart from Çetin's productions, he and his company also handles the digital effects of many Turkish TV series such as "Paramparça," "Kaderimin Yazıldığı Gün," "Lale Devri," "Behzat Ç." and "Kertenkele Eve Dönüş." The cast of the film was chosen among Turkey's most loved TV and cinema personalities. Nursel Ergin, who is the host of the TV program "Nursel'in Mutfağı" (Nursel's Kitchen), will play the role of Hadiye, the wife of Hürkuş, while actor Mehmet Ulay will play Hürkuş's commander. Hürkuş's early periods of will be played by İlhan Şen while his later life will be portrayed by Michael Serow.
RELATED TOPICS