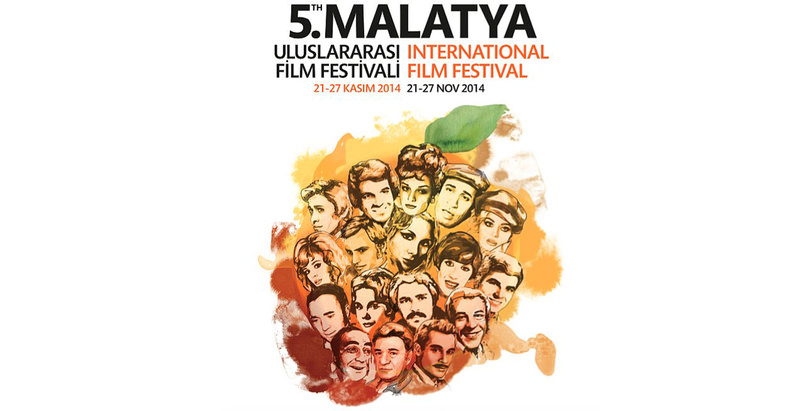 by Anadolu Agency Oct 23, 2015 12:00 am
The Sixth Malatya International Film Festival will take place from Nov. 6-12 with top international films being played alongside the biggest local releases. Speaking at a press meeting at the InterContinental Hotel, Ertan Mumcu, the deputy general secretary at the Malatya Metropolitan Municipality, said that Malatya contributes to cultural and political history through its local people, especially those with a significant role in society. Inviting everyone to the festival, Mumcu said that the festival contributes greatly to the city's cultural life.

Ömer Dağdeviren, the deputy governor, said that the festival is expected to add color to world cinema. "The people of Malatya will be happy to host the most important names in Turkish cinema," he said. The festival will screen around 140 movies from around 40 countries as well as free events. A special film screening will be held for people with disabilities. Discussions, panel sessions and other related events will be organized for inmates at prisons as well as refugees residing in the Malatya-based refugee camp. Due to recent terror attacks, opening and closing ceremonies, cocktails and other entertainment programs have been cancelled. There will be cinema workshops and autograph sessions.

The opening ceremony will take place on Nov. 6. Actors Perihan Savaş and Serdar Gökhan will be given honorary awards while a special cinema award will be presented to Suzan Kardeş. Award-winning films from Berlin, Cannes and Toronto Film Festivals, documentaries, short-films and children's movies will be screened. The festival will present a special collection from Nuri Bilge Ceylan's films along with others like "Babam" (My Father), "Mükemmel Bir Gün" (A Perfect Day), "Küçük Kız Kardeşim" (My Little Sister), "Bozuk Düzen" (Corrupt System), "Süper Dünya" (Super World), which have been shown at international film festivals. The festival will organize film competitions in different categories like "International Feature Length Films" and "National Short Films." Some films will compete in the international feature length category will make their Turkish premiere at the festival.
RELATED TOPICS