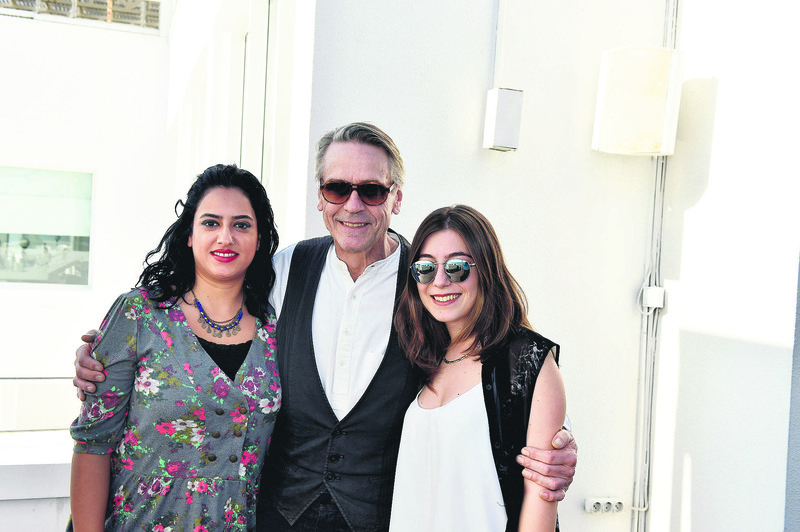 by Daily Sabah Dec 02, 2015 12:00 am
Legendary British actor Jeremy Irons received the Lifetime Achievement Award along with Kathleen Turner and Catherine Deneuve at the 52nd International Antalya Film Festival. Having taken leading roles in many famous productions such as "The French Lieutenant's Woman" (1981), "Dead Ringers" (1988), "Reversal of Fortune" (1990) and "Die Hard: With a Vengeance" (1995), Irons has been one of the most sought-after actors of the past three decades. After receiving his award at the opening ceremony, Irons began his acceptance speech by welcoming everyone to the ceremony in Turkish and continued to discuss the importance of cinema. He briefly talked about the unrecognized professionals that deserve praise and awards, and then called on the public to watch movies from the magical world of cinema.

The day after the opening ceremony, Antalya Metropolitan Municipality mayor and festival president, Menderes Türel, hosted a brunch that many important figures from both Turkish and international cinema attended. Irons, Turner, Deneuve and Mena Suvari where only some of the important names present; Irons sat sipping his Turkish coffee while admiring the beautiful view, and spoke about his trip to Antalya. He talked about his sailing trip to Bodrum, as well as how he wished he had more time to watch some of the Turkish movie screenings being shown at various venues in Antalya. After the brunch, Irons went to the Atatürk Culture Center to attend a question and answer session with movie buffs.
RELATED TOPICS