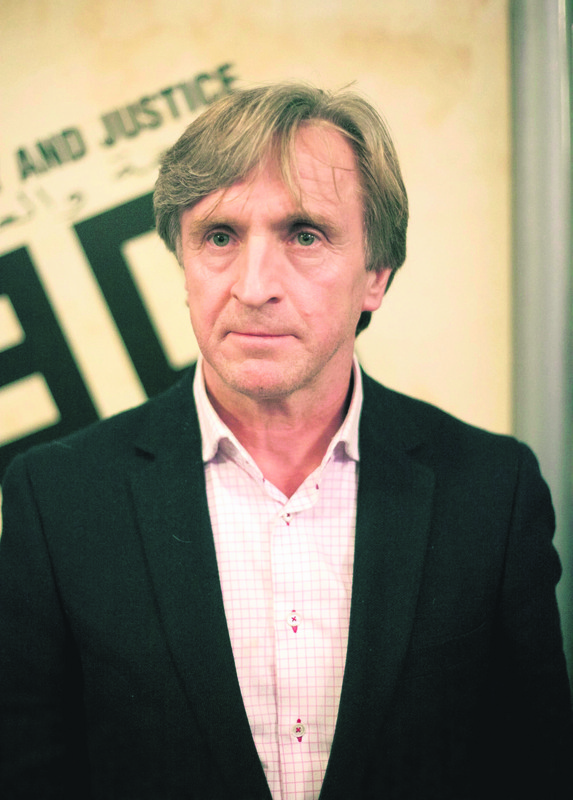 by Anadolu Agency Dec 15, 2015 12:00 am
Şahin Sisic, the director of the cinematography of Faysal Soysal's film "Üç Yol" (Crossroads), is one of the jury members of a short film competition organized by the Çekmeköy Municipality, being held under the theme of "Compassion and Justice."

In his statement to Anadolu Agency (AA), Sisic said cinema is one of the most effective tools for humans to express themselves. "Apart from the guidance of the Quran, each person tries to find a way out. Some choose cinema to find their way," the Bosnian director said. He added that he loves the work of Palme d'Or-winning Turkish director Nuri Bilge Ceylan. "I feel close to Ceylan. I have been taking photographs since my childhood; hence, I understand what he wants to tell with his photographs," Sisic said. He stressed that he is also familiar with director Semih Kaplanoğlu through his film "Bal" (Honey). "I believe that he follows a different path while telling his stories. I took part in the International Antalya Film Festival two years ago. I watched very good films shot in both eastern and western Turkey," Sisic added.

Commenting on the short film competition, which was inspired by the life of Prophet Muhammad, Sisic said: "It is important for people to examine the theme of the competition by combining the picture in their hearts and the present day. In order to present good work, one must study the past and present and mix them in a single bowl." Sisic said he focuses on the visual language in the films which he works on as a director of cinematography. The Bosnian filmmaker is aware of the responsibilities of the photographer, director and the director of cinematography as he has worked in each of these areas. "However, the most important thing for a director of cinematography is to understand the director and decide on which path to follow with the production team and what to do," he concluded.
RELATED TOPICS