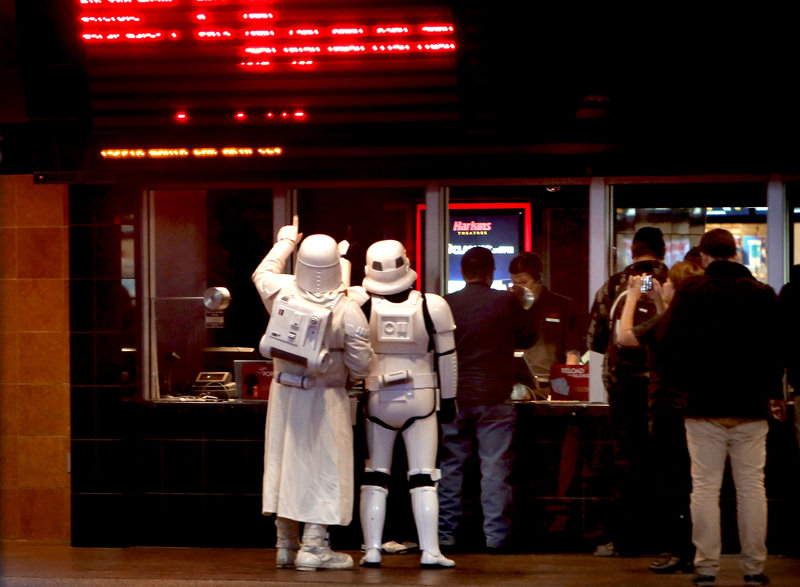 by Dec 18, 2015 12:00 am
"Star Wars: The Force Awakens" has set a new opening night record in the United States and Canada, raking in $57 million dollars, industry experts said Friday.

"This represents a new record for the industry and portends a massive and potentially record-breaking opening day and weekend for the film," said Paul Dergarabedian, of box office tracker Rentrak.

The previous opening night record of $43.5 million was set by "Harry Potter And The Deathly Hallows: Part 2" in 2011.

The seventh "Star Wars" movie has also smashed records overseas, where it opened in many markets before the United States, according to industry watchers.

Variety magazine said Britain led the way with $14.4 million, followed by France's two-day total of $7.8 million and Germany with $7.1 million.

"The Force Awakens" picks up the intergalactic story of good versus evil 30 years on from "The Return of the Jedi", the finale of the original trilogy.
Last Update: Dec 18, 2015 10:44 pm
RELATED TOPICS