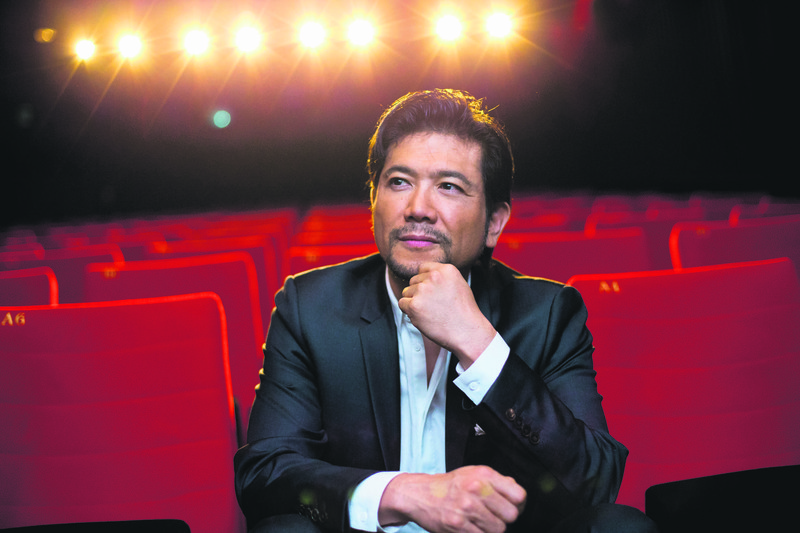 by Associated Press Dec 22, 2015 12:00 am
A Japanese festival focused on the art of the short film is offering a new award of nearly a million dollars to a director from anywhere in the world with a great pitch for a movie.

Organizers say short video is where audiences are going, as entertainment increasingly gets consumed on smartphones and tablets. They also believe the format holds potential for novice filmmakers, bringing fresh insight and energy to the industry. The deadline for submitting a 500-word pitch on what's billed as a "thrilling, exciting, moving" storyline is Feb. 29. The pitch must be written in either Japanese or English.

Rieko Muramoto, executive director for digital business at the Japanese entertainment company Avex Digital, which is providing the contest funds, believes it's a worthy investment for finding fresh content for online services, pioneering a genre and nurturing talent. She stresses she isn't out to make a quick buck.

"The short film holds a lot of potential for busy people who are watching video on smartphones, which means a complete story must be told much more quickly," Muramoto said. Scoring success can get tougher than for regular movies and TV shows. Switching to another piece is a mere click away far easier than walking out of a theater where you paid for a ticket, she added. "Survival is tougher," she said. "You have to move an audience in 15 minutes." The winning work will be shown at the 2017 Short Shorts Film Festival & Asia, an annual event devoted to short films in Tokyo and nearby Yokohama which is running the contest.

"Movies aren't about length," said Tetsuya Bessho, an actor who founded the festival in 1999, likening the best short films to the minimalist but fine-tuned concentration of haiku poetry.

"There are Hollywood flops with everything thrown in for marketing. You can't decide if it's a comedy, a love story or an action film. People are getting bored with that kind of movie," said Beshho, whose films include "Godzilla vs. Mothra" and "Solar Crisis," with Charlton Heston.

His festival has showcased the best in short films, such as "Toyland," which won an Oscar, and the light-hearted comedy "I Hate Musicals."

It also honors less conventional work from a new breed of creators, including Indonesian auteur Yosep Anggi Noen, who was also featured at the Rotterdam and Busan international film festivals.

His "A Lady Caddy Who Never Saw a Hole in One," which depicts how farmland in Indonesia is being destroyed by golf courses, won the Grand Prix at Short Shorts last year. It took just a day and a half to shoot, and involved a team of just six people.

"It can be more free, more independent," Anggi said of the short film format. "Nobody tells me how to make that film." Online site for pitch submissions: http://www.shortshorts.org/shortfilm_pitch/index-en.html
RELATED TOPICS