Technology at the heart of Istanbul Modern's 'Artists' Film International 2016 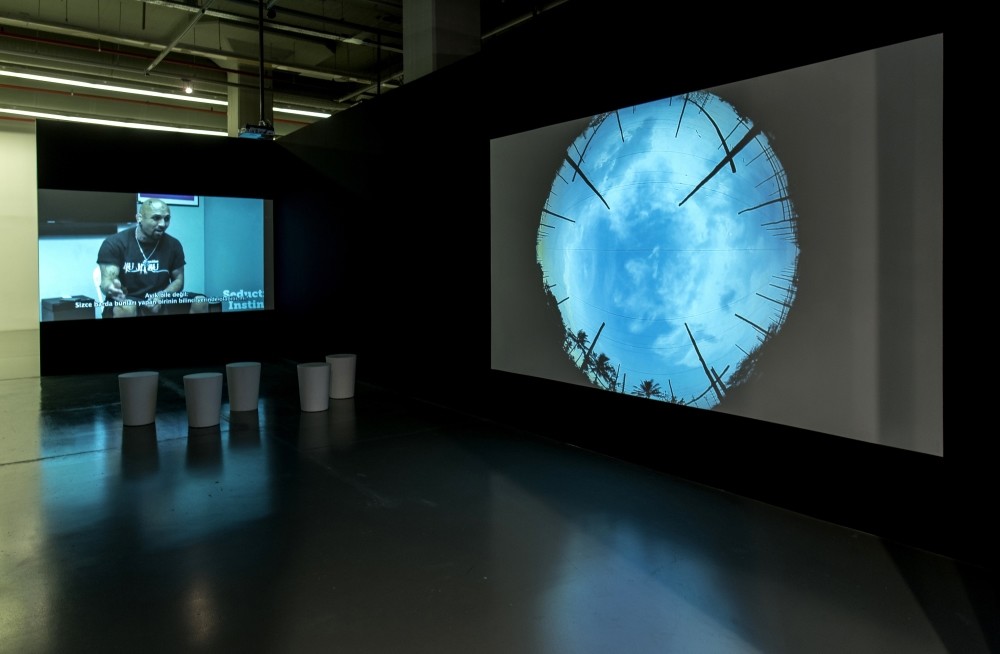 On a hot and humid afternoon last week, I took a walk to the Istanbul Modern museum in Karaköy, hoping to spend a few happy hours in the museum's air conditioned galleries. The "Artists' Film International 2016," a wonderful new show at the museum's Pop-Up Exhibition Area, offered all that I needed: darkened rooms, lengthy and intelligent videos, banks to sit on and headphones to isolate you from the world outside.

Curated by Istanbul Modern's Çelenk Bafra, the show was full of surprises. Eva and Franco Mattes's "Dark Content", an exploration of content moderation and moderators responsible for this task, was my favorite work here; I also loved The Institute for New Feeling's combination of sensuousness and artificiality ("This Is Presence") and Rachel Maclean's hilariously satirical "Germs". Zeyno Pekünlü's video "How to properly touch a girl so you don't creep her out?" made me laugh out loud. Pekünlü produced this collage by assembling together videos on YouTube; in it "life coaches with no training whatsoever, shady experts, and 'pick-up artists' who give the details of this 'art' represent the new and popular media of masculine expression," according to the exhibition catalogue. "The work also bears witness to how the production and distribution of daily information about everyday life is carried from the private domain of male conversations to the digital public sphere." 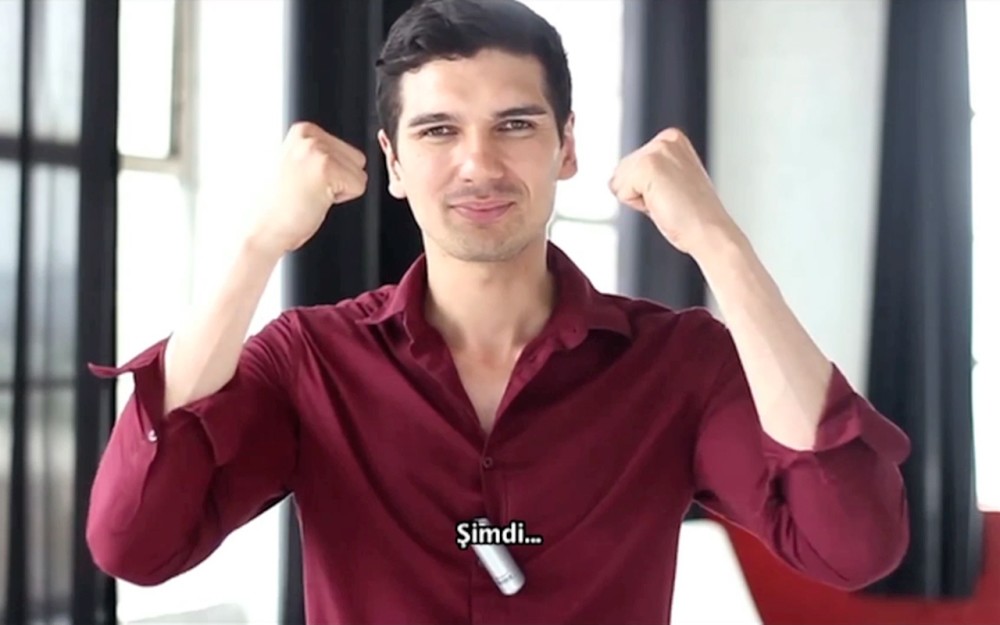 Screenshot from Zeyno Pekünlü's video "How to properly touch a girl so you don't creep her out?"

"I have been working on the AFI since 2011. Every year, one of my priorities is to highlight and endorse the artistic practice of the local artist that I select for the program," curator Çelenk Bafra told Daily Sabah in an interview last week. 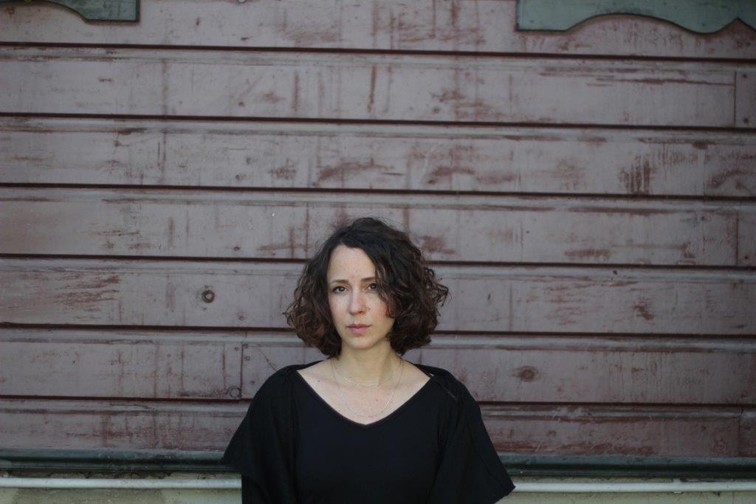 Pekünlü's 19 minutes long video is Turkey's entry for this year's AFI, an international event in which Istanbul Modern participates alongside 12 other partners, including London's Whitechapel Gallery, Neuer Berliner Kunstverein in Germany and China's Para Site.

"This year, I am happy to have the opportunity to work with Zeyno Pekünlü, who has been working on footage for many years. 'How to properly touch a girl so you don't creep her out?' is a collage video that Pekünlü assembled from how-to videos she found on YouTube. Pekünlü uses found footage and texts to decipher the process of information production and distribution through the methods of montage and rearrangement. While removing from its context and function the information she obtains from printed and digital media, she at the same time points to the impossibility of the ultimate commodification of information, even in the present age of copyright. I plan to organize a retrospective of her videos on Sept. 29 and our education department will host a workshop on found footage led by the artist."

Asked about why the curators picked "technology" as the theme of this year's event and whether this was a meta exhibition that focuses on video technology itself, Bafra said: "This is not a meta-exhibition, I can even argue that it is quite the opposite. Focusing on the theme of 'technology', this year's exhibition presents works that use technology as a field of experimentation in their practice and reflect on the complex relationship between art and technology. Some of the works explores the psychological and social effects of different technologies, whereas the others focus on the modes and ways that different technologies can transform the moving image making today and in the future. To be more precise, the exhibition discusses the role played by the 'technology' not only in our everyday lives but also its political and social impacts in the world today; and features some of the most experimental and creative use of the moving image medium by the artists."

The Whitechapel Gallery has acted as the coordinator of all the international partners for the event. Their selection process began when the curator announced the theme of the upcoming year when partner institutions are given half a year to research for the selection process. "Each participating venue nominates one artist who lives/works in their country, who will be automatically exhibited at all participating venues. The nominating venue decides the content/s of the exhibition with the artist and clear permission to screen the works at all other venues. The suggested screening time for film or films is approximately 20 minutes in total for each venue. For me, personally, I have some additional criteria, such as selecting a work that is produced in the last two years and selecting an emerging artist that focuses really on the moving image in his/her artistic practice that needs to be promoted internationally."

The main difference between this year's event and the previous editions is thematic. "Last year's theme was 'conflict' and all the works in the program were dealing with psychological, social or political conflicts around the world. In 2016, the program focuses completely on 'technology.' Another difference is about the collaboration with the partner institutions. For the previous edition, we were 16 partners in total. On the one hand, some of the partners couldn't participate in this year's program or couldn't send their selection on time due to various reasons; on the other hand, we have a new partner, Lisbon's Museum of Art, Architecture and Technology, which has also organized an AFI exhibition in its Boiler Hall, a renovated industrial machinery from the '40s, and thanks to them, I got acquainted with a young artist from Brazil/Portugal, Igor Jesus, whose work is on view at Istanbul Modern."
RELATED TOPICS