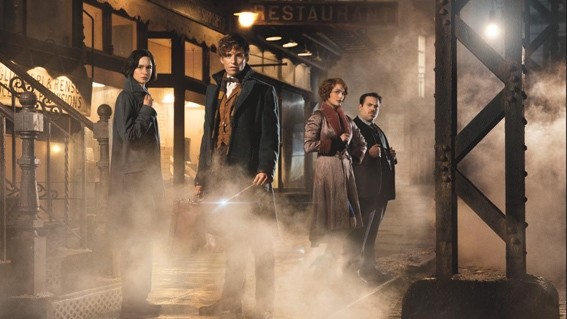 by Aug 05, 2016 12:00 am
The second movie in the Harry Potter spin-off series "Fantastic Beasts" will be released in November 2018, Hollywood movie studio Warner Bros said on Wednesday, promising "much more on the horizon" from the boy-wizard franchise.

British author J.K. Rowling will write the script for the second movie as she did for the first and David Yates, who directed the last four "Harry Potter" films, will direct, Warner Bros said in a statement.

The movie, yet to be titled, is part of a three-movie deal based on Rowling's book "Fantastic Beasts and Where to Find Them," a prequel to her best-selling "Harry Potter" books. The first movie, starring Eddie Redmayne, will be released on Nov. 18, 2016.

Redmayne plays Newt Scamander, a 'magizoologist' who arrives in New York in 1926 with a case of magical creatures that escape, wreak havoc and face threats from the non-magical humans in the city.

Ahead of San Diego's Comic-Con event last month, Yates teased that a familiar character from the "Harry Potter" stories will return in "Fantastic Beasts."

"There is a mention of some characters that we know and love from previous movies, but we only talk about them fleetingly," Yates told Reuters.

"In the next movie, part two, we'll get to meet one of them in a significant way. He's much younger than he used to be, but he'll be coming back."

In June, Yates said Rowling already had ideas for the third "Fantastic Beasts" film and said he relished not having to adapt the new stories from books.

"When we adapted the books, we'd always have to leave out things you hated leaving out because they didn't quite work in the structure of the storytelling for the movie," he said.

"Pottermania" returned with a vengeance in recent weeks, with rave reviews for the London stage play "Harry Potter and the Cursed Child," and publication of the play script in book form. U.S. and British booksellers say the book is already the best-selling title in a decade.

Harry Potter theme park attractions are up and running in Florida and California, as well as in Osaka, Japan.

Warner Bros, without giving details, hinted "there is much more on the horizon" from Rowling's Wizarding World.