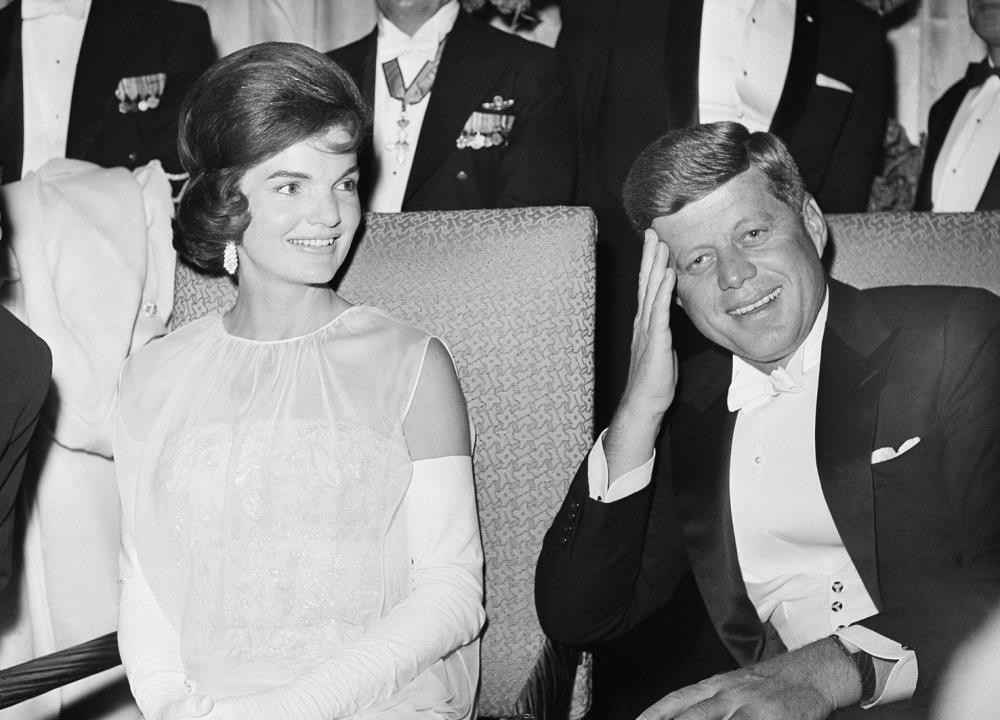 u201cJackie Kennedy is responsible for creating the Kennedy legacy. She devoted much of her life, he says, to u2018making him into the great president he so badly wanted to beu2019,u201d says Noah Morowitz, the filmu2019s executive producer.
by Associated Press
Aug 16, 2016 12:00 am
How much of John F. Kennedy's public persona was privately molded by his wife, Jacqueline?

Quite a bit, according to a new documentary, "JFK: Fact and Fable." The film examines the role she played in reshaping the modern presidency by popularizing the Camelot image.

One little-known factoid: Jackie O. was behind the modern look of Air Force One. She persuaded the government to paint "United States of America" on the plane.

The stylish first lady, who died in 1994, also redecorated the Oval Office, giving it an elegant yet homey new feel by adding couches and easy chairs and unsealing the fireplace.

And she created the manicured Rose Garden on the grounds of the White House as it's known today.

"Jackie Kennedy is responsible for creating the Kennedy legacy," says Noah Morowitz, the film's executive producer. She devoted much of her life, he says, to "making him into the great president he so badly wanted to be."

"While she's long been regarded as a cultural and style trendsetter, her historical influence actually runs far deeper," Morowitz says.

"JFK: Fact and Fable," which premieres Friday on CuriosityStream, a nonfiction streaming platform, also explores how she set to work preserving and orchestrating the 35th president's legacy within days of his assassination in Dallas on Nov. 22, 1963. Step one was her insistence that JFK's funeral replicate America's farewell to Abraham Lincoln - a dictate that seemed designed to forever link the two slain presidents in the nation's conscience.

The film combines archive footage and stills of JFK and his young family with commentary by historian and author Thurston Clarke and Larry Sabato, a Kennedy biographer who directs the University of Virginia's Center for Politics.

The shift in first families from Dwight and Mamie Eisenhower to JFK and Jackie was nothing short of seismic.

"You had the Eisenhowers, who didn't care about food. Their clothes were nothing special," Clarke says in a narration for the documentary. "Mamie played cards and had ladies over for bridge. Suddenly you've got the Kennedys coming in, and there's Champagne, there's a French chef, there are artists in the White House."

The film's tagline sounds audacious - "The JFK we remember is the one Jackie created" - but it covers ground well-documented by the John F. Kennedy Presidential Library & Museum in Boston.

It's the latest in an ever-expanding JFK filmography, underscoring the enduring spell the Kennedys still cast 53 years after his death.

"President Kennedy rises above politics in a way not all presidents do," says Rachel Flor, spokeswoman for the John F. Kennedy Library Foundation.

"In a time when politics are so divisive today, people are looking for inspiration and refuge. He really continues to resonate with people today."