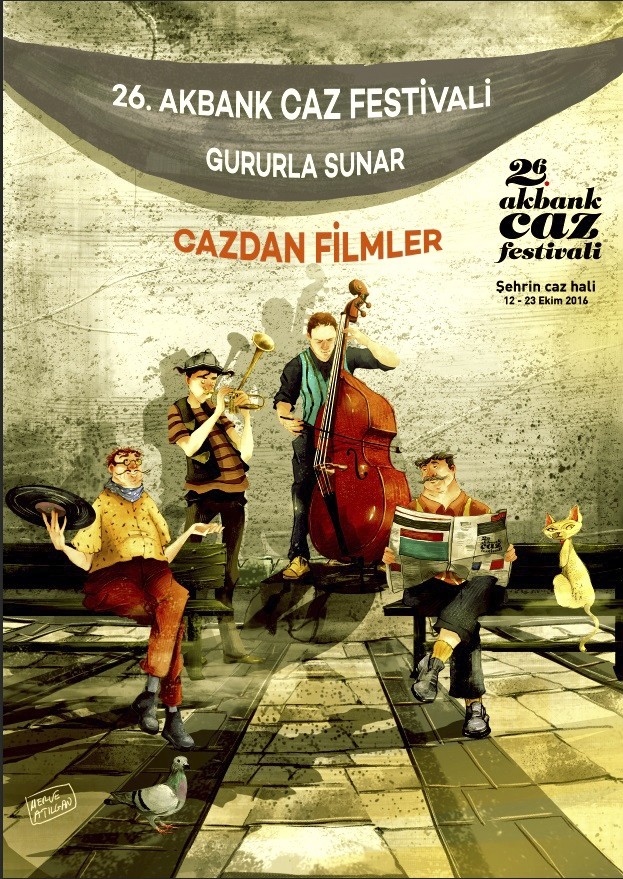 by daily sabah Aug 25, 2016 12:00 am
One of Turkey's longest-running music festivals, the Akbank Jazz Festival, is scheduled to run from Oct. 12-23 in Istanbul. The 26th edition of the festival will share the different colors of music with Istanbulites and also feature new social media projects.

The festival's official social media accounts will present creative projects with their followers. One of these projects is called "Films of Jazz" which is composed of six independent short films. The project will be broadcasted at the official Instagram page of the organization, @akbanksanat, between Sept. 26 and Oct. 1. The social media accounts of the festival invites their followers to an adventure as well. The Instagramers who answer the questions mentioned bellowed each short film with the hashtag #AkbankCaz26 correctly will have a chance to win free festival tickets and a jazz trip to London.

The films which are very illustrative are edited by AlphaDog while the project drawings belong to Merve Atılgan. Efe Oktay is also responsible for the animations and award-winning composer Başar Ünder is responsible for the music and sound design of the short films.

For further information on the festival, you can visit www.akbanksanat.com.
RELATED TOPICS