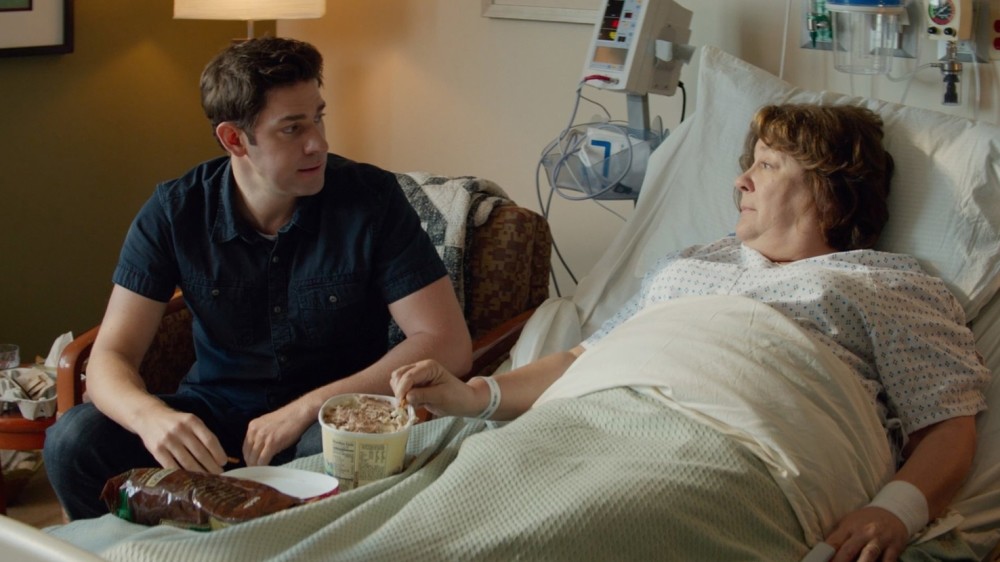 by reuters
Aug 26, 2016 12:00 am
An aging matriarch's brain tumor diagnosis may not be the obvious scenario for a comedy, but actor-director John Krasinski wanted to show in his movie "The Hollars" that life does not always differentiate between tragedy and humor.

"The Hollars," out in theaters on Friday, follows the immediate aftermath of Sally Hollar's brain tumor diagnosis. Her dysfunctional family comes to her aid, each bringing his own baggage.

Laid up in the hospital, Sally (Margo Martindale) comforts her adult sons Ron (Sharlto Copley) and John (Krasinski), one dealing with divorce and the other on the cusp of becoming a father, while her husband Don (Richard Jenkins) struggles to keep his business afloat.

"It was a very honest look at life, an honest look at a situation (with) a surprising and messy family, and extremely funny," Martindale said. "It's the way you hope life is in a very tragic situation."

Krasinski said Martindale was so integral to the role of Sally that he would not have made the movie without her. In one emotional scene, "she brought something so

real, so personal, so vulnerable, so primal that that's not an acting performance," he said.

As the Hollars deal with their circumstances, much of the humor comes from supporting characters such the jealous nurse (Charlie Day), the patient priest (Josh Groban), the neurotic pregnant girlfriend (Anna Kendrick) and the matter-of-fact doctor (Randall Park).

"The Hollars" is the second directorial film from Krasinski, who is best known for playing nice guy Jim Halpert in NBC's long-running "The Office" sitcom.

Krasinski said he found an advantage in being both actor and director in "The Hollars," working closely with the cast to deliver emotional and comedic scenes while telling the story of a woman in the later stages of her life.

"I loved being part of a movie and being part of a story about a mother and a woman at her age and her situation," he said. "Those are the stories that need to be told, not just ones about super-beautiful kids under 30."

Martindale said she hoped audiences come away with one thought: to call their mothers.