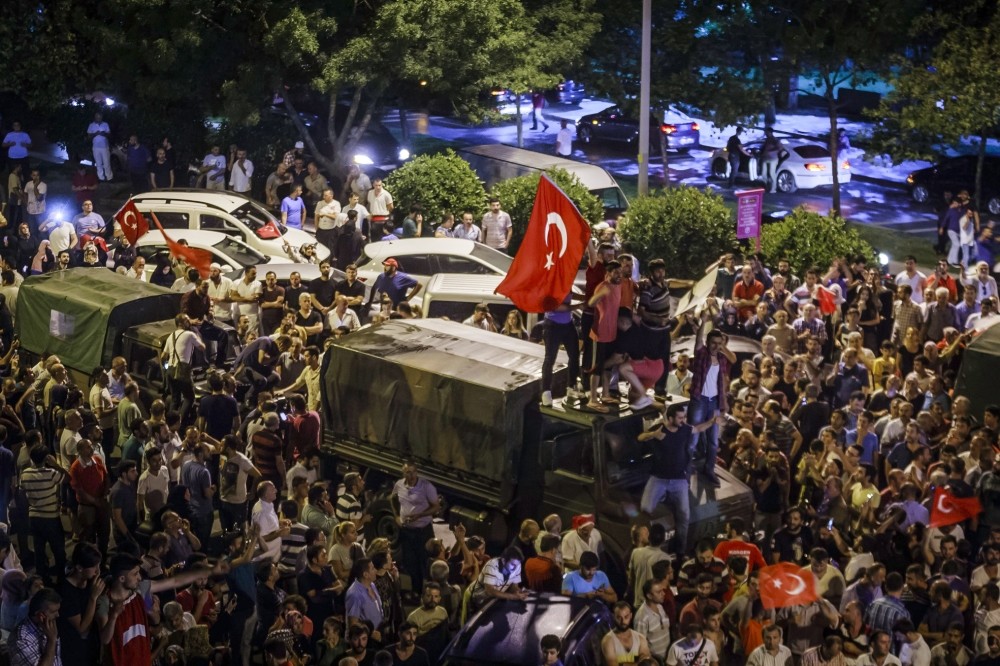 by Daily Sabah Feb 09, 2017 12:00 am
The biggest betrayal and resistance movement in Turkish history will be documented via short films as part of the "Betrayal and Resistance: July 15 International Short Film Competition" organized by Istanbul's Çekmeköy Municipality.

"Betrayal and Resistance: July 15" has been chosen as the theme of the second edition of the short film competition hosted by Çekmeköy Municipality. Short films portraying the resistance of the people of Turkey against a group of traitors attempting military coup will be submitted at the international competition. The organizers of the competition aim to tell the world what happened on July 15 via cinema films and make the legacy of the epic resistance of the people of Turkey permanent by documenting the events that took place on the day of the failed coup attempt.

Digital fiction, animation, documentary and experimental films that focus on the theme of "Betrayal and Resistance" directly or indirectly to the terrorist coup attempt on July 15 and last no more than 15 minutes are eligible to be summited to the competition. Applications to the competition can be made via www.ihanetvedirenis.com until June 2. Applications will be finalized once the application form is filled, the conditions of contract are approved and the films are uploaded to the website by the filmmakers. A total of 50 films to be selected by the pre-selection group will be presented to the jury of the international short film competition. An evaluation will then be made under the five main titles of script, directorial, editing, camera light and the film's title. The films found worthy for a prize will be chosen by the jury.

Commenting on the competition, Çekmeköy Municipality Mayor Poyraz said: "They [the coup plotters] did not know this nation. They did not know this country. They could not take this flag from us. That night [July 15], people stopped those tanks, bombs and planes. That night, people flocked to the streets following the footsteps of their forefathers in the Battle of Gallipoli, Dumlupınar and the Turkish War of Independence. The people of Turkey showed collective resistance against the terrorist coup attempt on the night of July 15, 2016. Our countrymen understood the games played upon the fate of our country and stood in front of tanks and cannons. The Turkish nation made history fighting against those who threatened their future with the power they cultivated from thousands of years of history. Bravery took place all over our country on July 15.

"The 2nd Çekmeköy International Short Film Competition aims to make the stories of valor and resistance permanent by documenting the events that took place on July 15 via short films. Since the competition is an international event, the short stories will enable this story of betrayal and valor to be interpreted from the perspectives of filmmakers. The project's goal is to enable filmmakers to tell their stories with the theme of 'betrayal and resistance' from socially, culturally and artistically different perspectives."
RELATED TOPICS