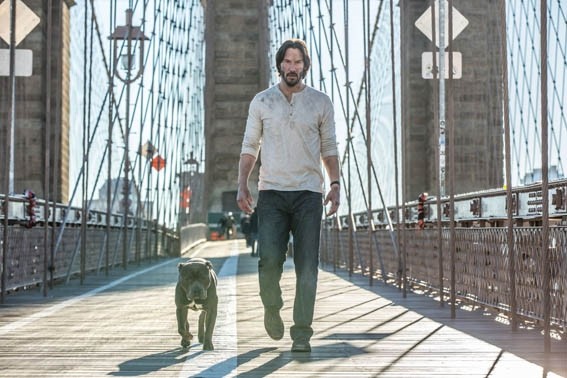 The sequel of 2014's most successful action film, "John Wick," "John Wick: Chapter Two" once again follows the eponymous character who has to cut his retirement short for a challenging mission. John Wick retires after taking his revenge and builds himself a normal life, away from the life of an assassin. However, he is forced back into his old profession due to threats made by a band of assassins. Hoping to return to his normal life as soon as possible, John Wick suddenly finds himself against the best assassins in the world. Starring Keanu Reeves, Laurence Fishburne, Bridget Moynahan, John Leguizamo and Ruby Rose, "John Wick: Chapter Two" is co-directed by David Leitch and Chad Stahelski.

Co-directed by Dan Kwan and Daniel Scheinert, "Swiss Army Man" starring Paul Dano, Daniel Radcliffe, Mary Elizabeth Winstead, Richard Gross and Marika Casteel is a dark American comedy following a young man named Hank who tries to hold on to life on a deserted island with the dead body he found on the beach while he is about to commit suicide.

The only Turkish film that debuts this week is "Enkaz," which focuses on the aftermath of a major earthquake. Written and directed by Alpgiray M. Uğurlu, the film stars Akasya Asıltürkmen and Berke Üzrek in the leading roles. While most parts of Istanbul are in ruins following an earthquake, Nisa manages to get out of the wreckage by her own means. Barış, who tries to adapt to his new surroundings alone, records his every move via video diaries. Those who remain under the wreckage and those who are still inside the ruins are marked with the same scar that is not going to heal anytime soon.

The animated film "The Lego Batman Movie" is dubbed by Rosario Dawson, Will Arnett, Ralph Fiennes and Michael Cera and directed by Chris McKay. Batman, who is very selfish, lives alone for a very long time. When he has to save Gotham from the evil Joker, he realizes the importance of teamwork thanks to his sidekick Robin.
RELATED TOPICS