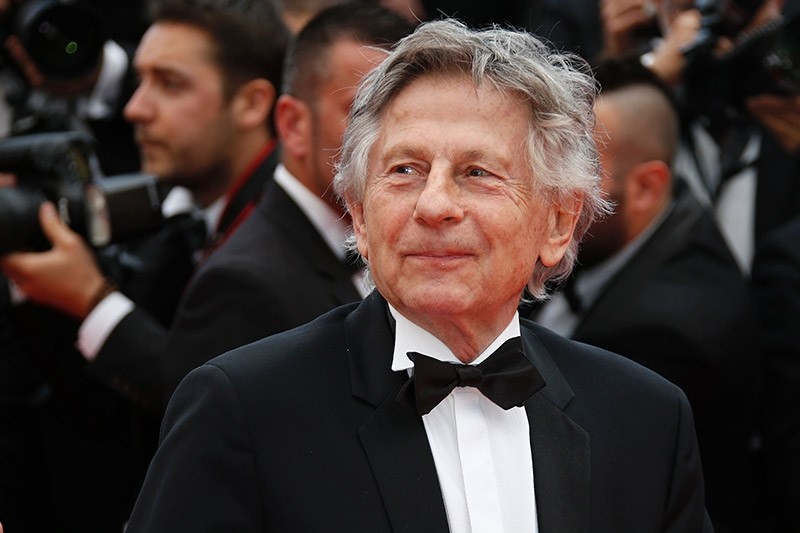 This file photo taken on May 17, 2014 shows French director Roman Polanski posing as he arrives for the screening of the film ,Saint-Laurent, at the 67th edition of the Cannes Film Festival in Cannes, southern France. (AFP Photo)
by Compiled from Wire Services Feb 17, 2017 12:00 am

Roman Polanski's legal team has launched a new bid to resolve the movie director's 1977 rape case and allow him to return to the United States without serving any more jail time.

Harland Braun, the Los Angeles attorney for the Oscar-winning director, said on Thursday that Polanski wishes to be able to travel freely and to visit the grave of his wife, Sharon Tate, who was murdered in Los Angeles by followers of Charles Manson in 1969.

Braun said he had written to the judge in Polanski's California case and a Feb. 24 hearing has been set.

The case of French-Polish Polanski, 83, remains a cause celebre after four decades. He pleaded guilty in Los Angeles in 1977 to having sex with a 13-year-old girl and served 42 days in jail after a plea bargain, but later fled the United States, fearing a lengthy jail sentence if the agreement was overruled.

Both Poland and Switzerland have overruled U.S. requests for Polanski's extradition in the past seven years.

Braun has now asked Los Angeles Superior Court judge Scott Gordon to unseal testimony from the prosecutor in the 1977 case.

The unsealed testimony, along decisions in Poland and Switzerland, should establish that Polanski did cut a deal in 1977 and that he owes no more time in custody, Braun said.

"Between the Swiss court decision and the Polish decision ... it has now been judicially determined that Roman owes no more custody time. Therefore, if the Los Angeles District Attorney and Court recognize these decisions as they should, he can return to LA to conclude the case without fear of being thrown in jail," Braun said.

Samantha Geimer, the victim in the case, has long made clear she believes Polanski's self-imposed exile has been punishment enough.

Born in Paris in 1933 to Polish Jewish parents who later brought the family back to their native country, he saw his parents arrested by the Nazis in Krakow's Jewish ghetto and sent to concentration camps.

He roamed the countryside, trying to survive at the age of just eight, helped by Catholic Polish families, in a country occupied by German troops.

The experience lent a gripping autobiographical authenticity to his 2002 movie "The Pianist," the story of a young Jewish musician trying to evade the Nazis in occupied Warsaw.

But tragedy struck the following year when his heavily-pregnant wife, the model and actress Sharon Tate, and four friends were brutally slaughtered in the director's mansion by cult leader Charles Manson and his followers.

Devastated, Polanski left for Europe, then returned to achieve arguably his greatest triumph in 1974 with "Chinatown" -- an atmospheric film noir starring Jack Nicholson nominated for 11 Oscars.

He has avoided the US since the statutory rape case -- not even returning to accept the Oscar for "The Pianist" -- and jousted with the Justice Department for years after.