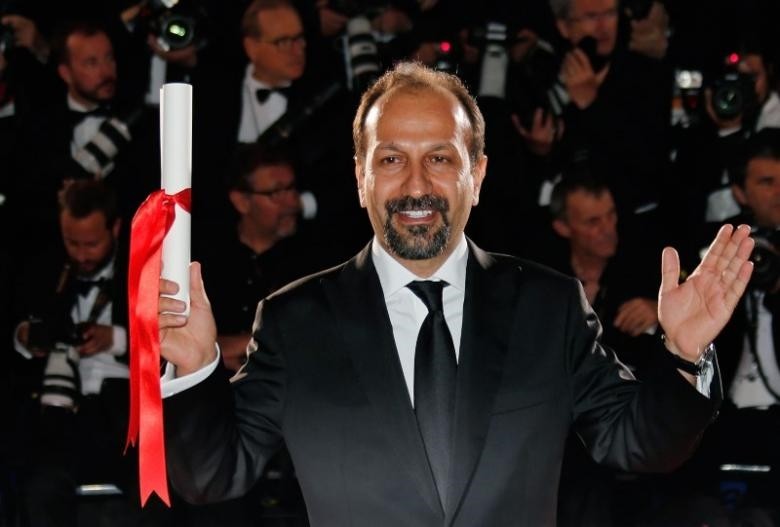 by Daily Sabah Feb 20, 2017 12:00 am
Iranian director Asghar Farhadi's latest Academy Award nominee film, "The Salesman," will make its premier at London's Trafalgar Square on Feb. 26, the night of the Academy Award ceremony. The screening will be open to the public free of charge.

Previously, director Farhardi announced that he would not attend the ceremony, even though his film is nominated for the "Best Foreign Language Film," to boycott U.S. President Donald Trump's new regulation restricting the entrance of citizens of certain Muslim countries into the U.S.

The event at Trafalgar Square will be overseen by the mayor of London as well as prominent figures of the British cinema.

Commenting on the screening, Farhadi said, "The gathering of the audience around 'The Salesman' in this famous London square is a symbol of unity against the division and separation of people."

Muslim London Mayor Sadiq Khan is organizing the screening alongside actor Lily Cole, producer Kate Wilson and film-maker Mark Donne, to coincide with the Oscars and "celebrate the capital's success as a creative hub and beacon for openness and diversity" after the Brexit vote.

The announcement for the event came right after a group of actors and directors, including Julie Christie, Kevin Macdonald, Keira Knightley, Ridley Scott and Terry Gilliam, asked for the Duke of Westminster's permission to screen the film in front of the U.S. Embassy in London.

Farhadi won Academy Award for "Best Foreign Language Motion Picture" in 2012 with his film "A Separation." His latest film, "The Salesman," won the "Best actor" award at this year's Cannes Film Festival.

To show solidarity to those whose entrance into the U.S. are denied, he previously announced that he would not attend the Academy Awards ceremony this year, even though an exception enabling his entrance to the U.S. was made.

Trump's executive order, now blocked by the U.S. courts, was roundly condemned by the international community, the U.N. and human rights groups, including the International Rescue Committee and Amnesty International.
Last Update: Feb 20, 2017 1:01 am
RELATED TOPICS