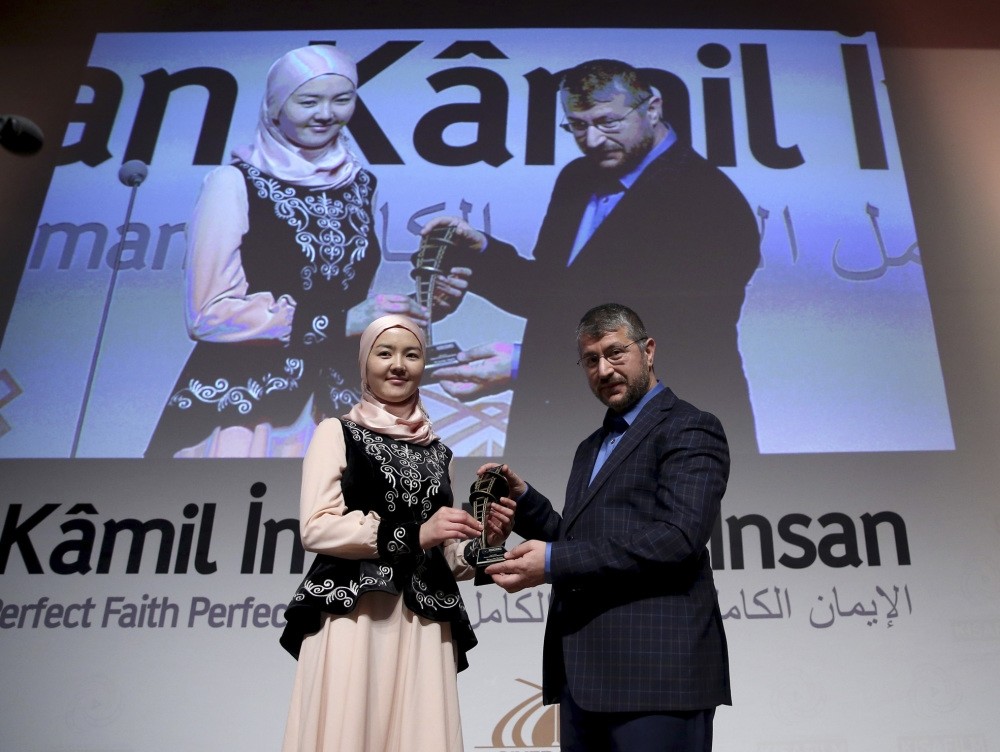 Kyrgyz director Kasiet Djoldoshbekova claimed first place with his film u201cLoneliness.u201d
by Anadolu Agency Feb 21, 2017 12:00 am
The winners of the Siyer Foundation's 3rd Mercy to the Universe (Alemlere Rahmet) International Short Film Competition were presented with awards under the themed title, "Perfect Faith, Perfect Human Being" in a ceremony at the Haliç Congress Center.

Stating that their project is expanding more and more every day, Kaya expressed the motivations behind the project: "I must say that we need to use a universal language in light of the current developments in order to tell people more about Muhammad and his companions. The most important tool for achieving this goal is the film industry."

The Siyer Foundation received 50 applications for its first year compared to the 143 applications received this year from around the world. From this pool of applicants, 15 short films were short-listed for the finals after being selected by a preliminary jury composed of Abdulhamid Güler, Bedri Acar, Bünyamin Yılmaz, İhsan Kabil, Mehmet Kaman and Yalçın Parmaksız. Chaired by Hocakulu Narliyev, the jury composed of Nazif Tunç, Elif Eda Karagöz, Firdevs Azizi, Gülcan Tezcan, Hasan Kaçan, Mustafa Demirci, Nasır Khemir and Nihad Kresevljakovic evaluated the 15 short films according to specific criterion established before the competition.

Kyrgyz director Kasiet Djoldoshbekova claimed first place with his film "Loneliness" and received a grand prize of TL 25,000. Elif Yüksel won TL 15,000 in second place for her film, "This is Life" while Mehmet Nişancı who came in third with his film "Henry," awarded a prize of TL 10,000. Ömer Dişbudak won the "Sponsor Special Award" with his film "You Do a Nice Thing and Make It Happen" while Syrian director Alaa Khweled won the "Siyer Foundation Special Award" for his film "Trace." Talha Genç, on the other hand, managed to grasp the "Special Jury Award" for his film "The Core of the Core" while Kerime Nur Ejderoğlu won the Honorable Mention Award with her film "Zübde."
RELATED TOPICS