Great contribution to Istanbul Film Festival from Sabah and ATV 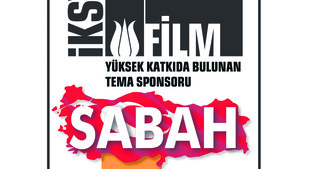 The Turkuvaz Media Group, one of the press sponsors of İKSV Film, Theater, Music and Jazz festivals, the Istanbul Biennale and the Istanbul Design Biennale, has been the theme sponsor of the Istanbul Film Festival since 2007.

Turkish daily newspaper Sabah is the only newspaper theme sponsor of the Best of the Fests section, offering a selection of films screened at some of the most renowned festivals in the world, including the Berlin Film Festival, the Venice Film Festival and the Cannes Film Festival, for the past 11-years, while ATV is the theme sponsor of the Challenging the Years section, a collaboration that started in 2016 and includes the latest projects by directors considered as masters of the art of cinema.

Both sections are popular sections in the festival, and Sabah newspaper will be combining its festival sponsorship with a social responsibility project this year.

With the motto "One book from you, one movie from you," Sabah invites festivalgoers to donate books and films at Sabah kiosks in festival foyers.

Sabah will act as a bridge between books and DVDs donated by movie lovers from their own cinema book and film archives and the film studies departments of various universities.