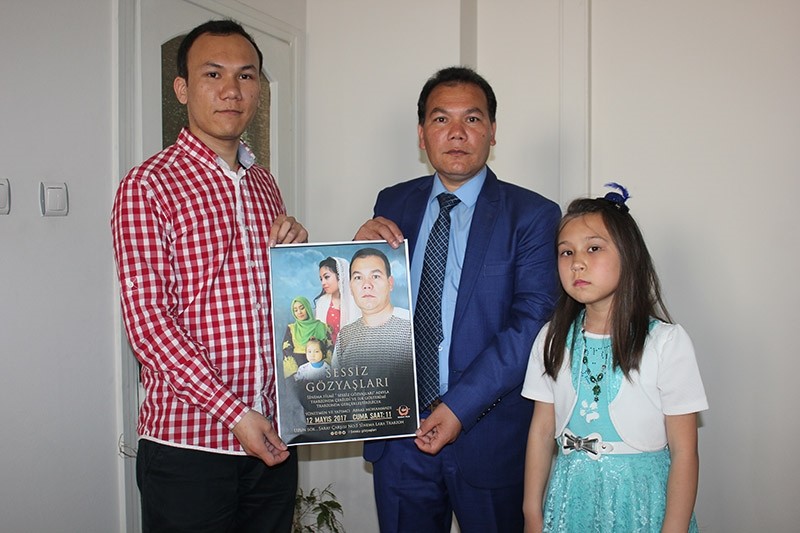 An Afghan man who journeyed to Turkey in order to build a better life for his family is preparing to screen a feature film he has made about his experiences.

Abbas Mohammadi, the director and producer of Silent Tears, has spent three years creating the 90-minute film, using an amateur cast, including members of his own family.

His labor of love will be screened Friday in Trabzon province, on the Black Sea in northern Turkey.

A married father of two, Abbas told Anadolu Agency the reason for their migration was to try and have a better life.

He said that Afghanistan had many problems, as terror continues to claim lives and unemployment ruins daily life for ordinary people.

His film documents the hard journey faced by migrants and the dangers many face along the way.

He had a message for those considering leaving home, "Think twice before you decide on migration. It is not the easy route you dream of."

Turkey was his second port of call after Iran. "There were some problems in Iran," Abbas said. "Our children were not admitted to school and we couldn't obtain a residence permit.

"We migrated to Turkey because it provided what Iran did not."

For those on the road, there are many dangers, he warned. "Organ mafias are one of the biggest threats, if you cannot give the money they demand. You may fall into the trap of human traffickers, or be arrested by police."

"Freezing, drowning … or being taken hostage are other risks on the way," he added.