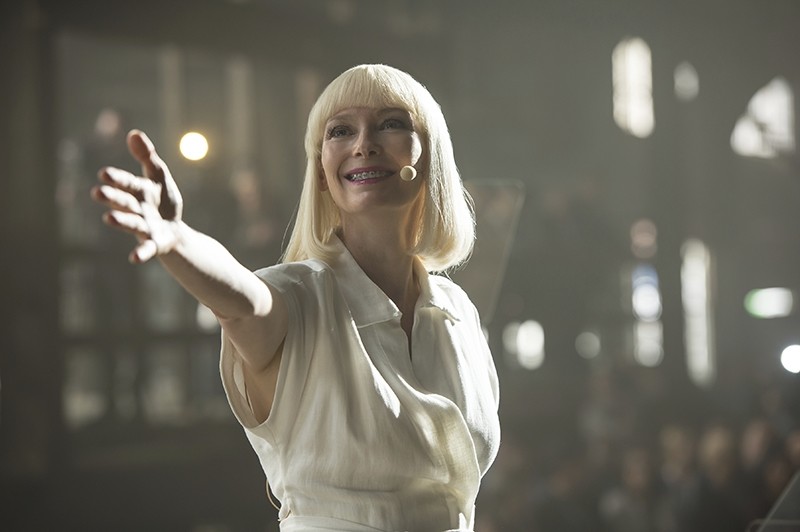 The team behind the first of two controversial Netflix movies at the Cannes film festival on Friday defended working with the streaming giant, after a technical hiccup sparked near pandemonium at its premiere.

British actress Tilda Swinton, a star and executive producer of the $50-million (44 million-euro) creature feature "Okja," pushed back at criticism from jury president Pedro Almodovar, who said Netflix was undermining world cinema with its focus on small screens and home entertainment.

Swinton said she regretted the Spanish filmmaker had "to immediately nobble[undermine] some who have been invited to the party" with his statement on the festival's opening day indicating that neither of the Netflix contenders should take home a prize.

"But the truth is we didn't actually come here for prizes – we came to show this film to the Cannes film festival and people who gathered here from all over the world," she told reporters.

"Let's be honest, there are thousands of films that are screened in the Cannes film festival that people don't see in the cinema," Swinton added.

"It's all an evolutionary process and Netflix have given ['Okja' director] Bong Joon-Ho the chance to make this absolutely liberated vision a reality and for that I am so grateful."

The streaming giant has refused to show both its films in the running for the Palme d'Or top prize in French cinemas, sparking a bitter row which overshadowed the start of the world's top film festival.

Friday morning's screening of "Okja" in the festival's main Palais theatre got off to a rocky start, beginning with a late start due to heightened security measures including airport-style metal detectors and intensive bag searches.

When the lights finally went down, the appearance of the red Netflix logo sparked boos and then cheers from some in the notoriously boisterous Cannes audience.

Then a curtain malfunction hid the top part of the screen – including a good portion of Swinton's head – in the opening scenes.

The crowd booed, whistled, jeered and clapped for several minutes to catch the attention of theatre technicians, who eventually fixed the faulty curtain and started the movie again from the beginning.

"Cannes making an A+ case for the primacy of the cinema experience this AM," tweeted Daily Telegraph film critic Robbie Collin.

Red-faced organisers later released a statement taking the blame and apologising "to the director and his team, to the producers as well as to the audience."

"Okja," touted as a 21st century "E.T.," is about a young country girl who tries to save a giant pig genetically engineered by an unscrupulous multinational company.

The film, which takes rampant capitalism and environmental destruction to task, drew warm applause after the ill-fated screening, as its South Korean director tried to tamp down the Netflix row.

"I loved working with Netflix – they gave me great support and the budget for the film is considerable. That is unusual for a director," he said.

"I had total liberty – they never intervened, they truly respected me from beginning to end."

Hollywood actor Jake Gyllenhaal, who co-stars in the film as the hysterical TV host of a nature programme, defended streaming as the easiest way to get adventurous movies to the biggest possible audience worldwide.

"I think the platform of a film – how far it can reach, to how many people it can get to to communicate a message – is extraordinarily important," he said.

"I think it's truly a blessing when any art gets to reach one person, let alone hundreds of thousands upon millions of people."