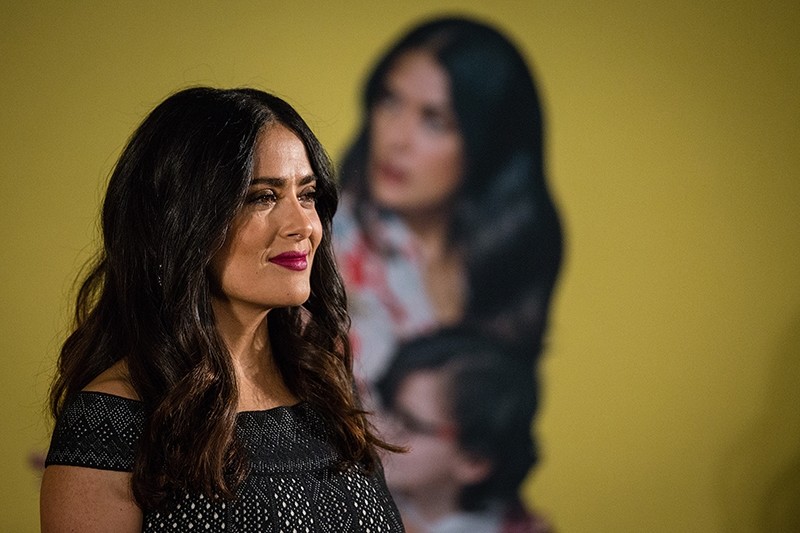 Salma Hayek laid into Hollywood sexism on Tuesday, saying the system treats actresses like performing monkeys and wants rid of them once they realise they are smart.

The Mexican star of "Frida" and "Desperado" lambasted the "macho" attitudes of Tinseltown, where fewer than seven percent of films are made by women.

"Hollywood is not going to change and give it to women because it is all guys," she said.

"From the beginning I realized I wasn't being treated equally as an actress," she said during a talk at the Cannes film festival.

"Hollywood's particularly macho. If they realise that you are smart, their anger gets multiplied," Hayek said.

To many movers and shakers young actresses are playthings, she claimed.

"It's very violent, this natural force to try to suppress. That is why we have a problem with women behind the camera as directors and producers," she told one of the "Women in Motion" forums she organizes each year at the festival.

Despite being a soap star in Mexico, Hayek's climb up the Hollywood ladder was far from easy.

"Imagine, I came not only as a woman to Hollywood but as a Mexican Arab. People would laugh at me for having the dream of being able to work in Hollywood," said the actor, whose father is Lebanese.

"I was the only Mexican or Latino in the drama school except for Benicio Del Toro, who is Puerto Rican, so kind of American, and he's a man. And nobody laughed at him. They were laughing at me in Mexico too for having the idea of trying to break into that market. For every single agent and every single studio, it was a laughable concept."

Hayek said Hollywood had disregarded and disrespected the female market.

"They have not realized that women are a great economic power. These people don't understand we are a huge audience. We have been neglected for so long they don't know what we want to watch.

"We don't even know, because we always think of who we will be watching the movie with -- the husband, the family, the children," she told the talk, sponsored by Kering, her husband Francois-Henri Pinault's luxury goods empire.

She blamed movie executives' "ignorance" for failing to properly play to the female demographic.

"Today almost 80 percent of the decision-makers of what movie or television show to watch are female. Women work, we make money and we all want to go out and have fun much more than before, and they have not capitalized on that."

While Hayek praised Europe, and particularly France where a quarter of films are directed by women, she did not spare Cannes from criticism.

"In the 70 years of the Cannes film festival only one female has ever won the Palme d'Or and she only got half the Palme d'Or, not even a full one -- she had to share it with a Chinese man," she declared.

Hayek, who is 50, also caused a stir at the festival Monday when she appeared at the Kering "Women in Motion" Prix awards dinner with pink-tinged hair.