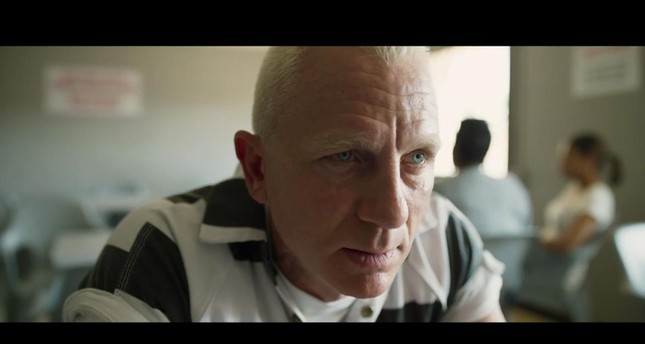 Directed by Steven Soderbergh, "Logan Lucky" is about two brothers attempting to pull off a heist during a NASCAR race in North Carolina. Known for his movies such as the "Ocean's" series, "Magic Mike" and "Side Effects," Soderbergh is the director of this movie that stars Adam Driver, Riley Keough, Channing Tatum, Daniel Craig, Sebastian Stan, Katherine Waterston, Katie Holmes, Seth MacFarlane and Hilary Swank. Written by Rebecca Blunt, the dramedy-action film is produced by actors Channing Tatum and Gregory Jacobs.

Starring Kate Mara, "Megan Leavey" is based on the true life story of a young Marine corporal whose unique discipline and bond with her military combat dog Rex saved many lives during their employment in Iraq. Tom Felton, Bradley Whitford, Geraldine James and Edie Falco also star in the movie directed by Gabriela Cowperthwaite.

First screened on July 1, 1991, "Terminator 2: Judgment Day" is now here with its 3D restored version. Deemed as the masterpiece of the Terminator series by James Cameron, the movie, as we can all remember, features Arnold Schwarzenegger, Linda Hamilton, Edward Furlong and Robert Patrick.

Directed by Ender Mıhlar and starring Cem Gelinoğlu, Gökhan Kıraç, Zeynep Tuğçe Bayat, Zerrin Sümer, Ümit Yesin and Metin Yıldız, the Turkish production comes to theaters this weekend. Written by Ferhat Ergün, the movie tells the story of a man who is known for bringing chance to people after returning back to the neighborhood he grew up in.

The "Despicable Me" animation series continues with its third movie. Gru meets his long-lost charming, cheerful, and more successful twin brother Dru who wants to team up with him for one last criminal heist, minions included.

Your Name (Kimi no na wa)

Another animation of the week is "Your Name" ("Kimi no na wa"), which features two teenagers who grew up in different cities and don't know each other but somehow connect with each other in a weird way.

Share on Facebook Share on Twitter
Previous in Cinema The Turkish movie "Ayla" has been selected to represent the country... Next in Cinema Several hundred Gazans went to the cinema on Saturday for the first...
DAILY SABAH RECOMMENDS