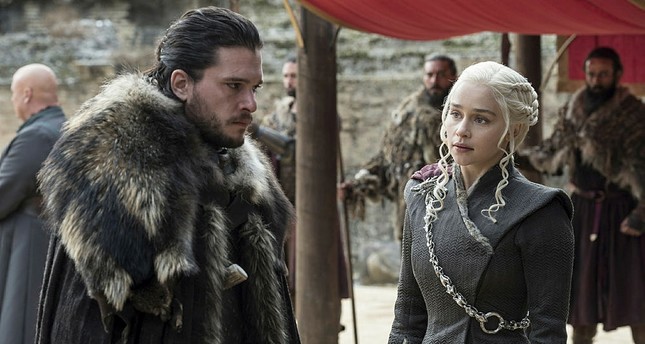 HBO's "Game of Thrones" set yet another audience record Sunday with its seventh-season finale. Nielsen said an all-time high of 12.1 million viewers were tuned in to the wildly popular fantasy drama.

An additional 4 million caught the episode on streaming channels. The seven-episode season began with 10.1 million viewers, while episode 5 drew 10.7 million.

This season "Game of Thrones" has regularly ranked as the second-most-viewed series each week among all programs, both cable and broadcast. Its eighth and final season is scheduled to air next year.

Share on Facebook Share on Twitter
Previous in Cinema Last week, the film ‘Ayla' was nominated for an Oscar, depicting the... Next in Cinema The 24th International Adana Film Festival has released its poster...
DAILY SABAH RECOMMENDS