The 54th International Antalya Film Festival, which promotes Antalya internationally as a film-friendly city where cultures meet, started with its traditional parade and a walk on the red carpet, and it continues with various special sections such as gala screenings, a culinary section and children-family section. "Retrospectives," which is screening two masters' films from world and Turkish cinema and includes panels about the films, is one of these sections. Danis Tanovic presents an anthology of four films in the part of "Masters of Contemporary Cinema" of "Retrospectives."

Tanovic, who is being hosted this year within the scope of Masters of Contemporary Cinema, is presenting four films.

The Bosnian director, who took piano lessons at Sarajevo Music Academy, had to take a break in 1992 due to the war in his country. He went through an important transition in his craft by joining a team that was making a movie about the army of Bosnia-Herzegovina. He went on to take cinema lessons in Brussels in 1995 and made many successful documentaries.

Tanovic's films "No Man's Land," "Cirkus Columbia," "An Episode in the Life of an Iron Picker" and "Death in Sarajevo" are being screened at the festival. "No Man's Land" has received many awards such as Best Screenplay at Cannes and an Oscar for Best For

eign Language Film. The film, which has a powerful final scene, has been widely acclaimed both by film writers and audiences. The third of the four films, "An Episode in the Life of an Iron Picker," which was screened at the 63rd Berlin International Film Festival, received an award for its leading act and also managed to take the Silver Bear home. The last film of the selection, "Death in Sarajevo," was adapted from Bernard Henry-Levy's play "Hotel Europe." 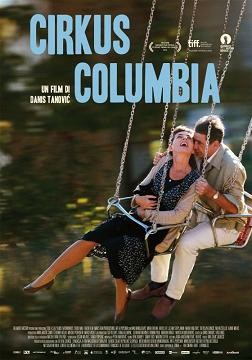 Tanovic focuses on a small village in Bosnia-Herzegovina in "Cirkus Columbia." In the story, which reflects the post-war period in Bosnia as well as relations between a separated family, Divko Buntic returns from exile to his former village with his new young wife, black cat, Mercedes and plenty of money. Although he thinks money will open all doors, things do not go as expected. War once again knocks on the door and his life turns upside down. His relationship between his son and his previous woman are also revealed.

The film, which is in Bosnian, Serbia and Croatian, was screened with English and Turkish subtitles. Watching the film with interest, the audience enthusiastically applauded when they left the hall.