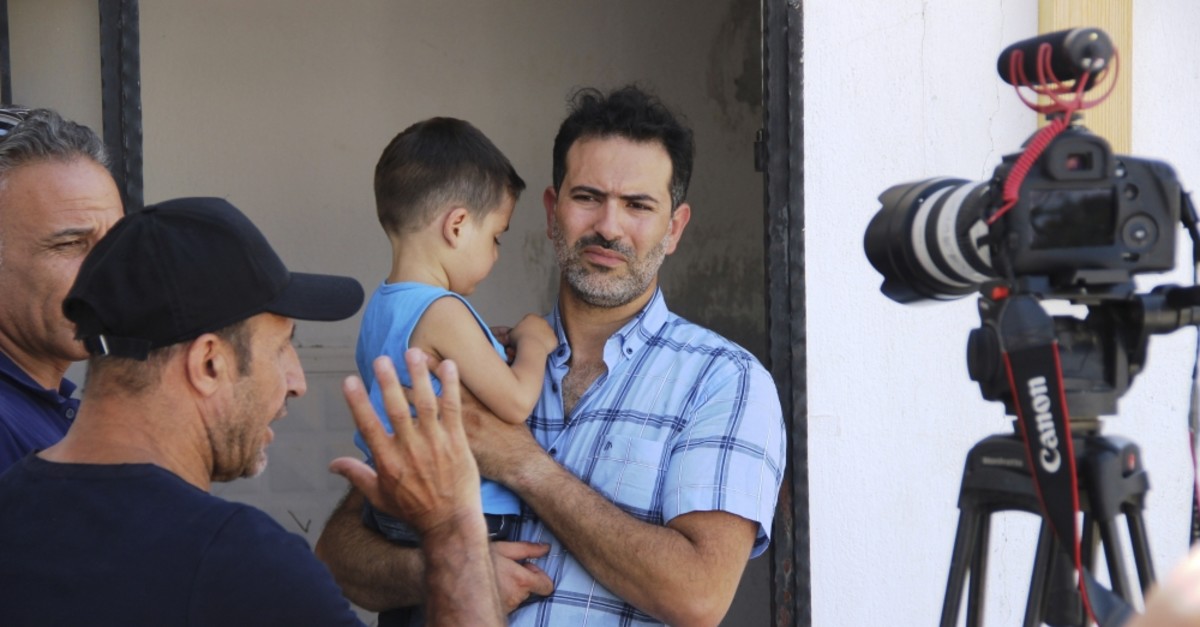 The life of 3-year-old Aylan, whose body washed up on the shores of Bodrum after the boat he was on sank when his parents were trying to escape to Greece after fleeing the civil war in Syria, is being projected on the silver screen.

The incident, which took place in Bodrum, a district of Muğla, will be reflected on the silver screen and will star local and Hollywood actors.

The shooting of the movie has started in different locations in Bodrum. The producers are George Edde and Bahattin Öztürk, Ömer Sarıkaya will be directing the movie.

Speaking to Anadolu Agency (AA), director Sarıkaya noted that he wanted to shoot the movie last year but couldn't. Noting that the movie aims to enlighten the plight of refugees, Sarıkaya added that he couldn't sleep at the time of the incident. "It was always on my mind. I wanted someone to make a movie to give the message to the world. But no one has done it so far, so it was my fortune to shoot this movie," said Sarıkaya. Sarıkaya wrote the script and he noted that he was very moved when writing it.

Shooting to be completed on July 20

Stating that it was not just a child that washed up on the shore but a shame for the whole world, Sarıkaya said, "What washed up on the shores of Akyarlar was a symbol. The most important aspect of the movie is that all revenue it generates will be transferred to humanitarian aid. None of the actors will receive any money, everyone who is the movie, is in it because of the goodness in their hearts. Steven Seagal, a world star, will also feature in the movie. The premiere will be held on Sept. 2 in Bodrum."

Sarıkaya said they are trying to finish filming by June 20. The Scottish actor, Mike Mitchell, another Hollywood star in the movie, also said that he believes that the movie will give the world a big message about refugees.

He also noted that he is enjoying being in Turkey and that he loves Turkey. "I will play the role of captain in this movie. People will think of me as the bad guy in the movie, but I'm not bad. I am just a guy who is trying to help people," added Mitchell.

Aydan Çakır also noted that he continues to be the villain in Turkish cinema.

He also noted that enjoys being with Hollywood stars and added that everyone is volunteering in the movie. "Everyone believes that in this day and age in which toys' lives are longer than children, they should not die, should not be killed but play, laugh and live their childhood," stated Çakır.

Goncagül Yeşil, starring as Aylan's mother, said that she stars with her children and knows this psychology very well because she lived through the pain of losing a child.

Actor Ali Sabri Belaid said Bodrum is an impressive place and that he loves Turkey and Bodrum. "It's very pleasing to star in the same movie with names such as Steven Seagal and Mike Mitchell," noted Belaid.