Violence escalates after the Israeli attack on Gaza 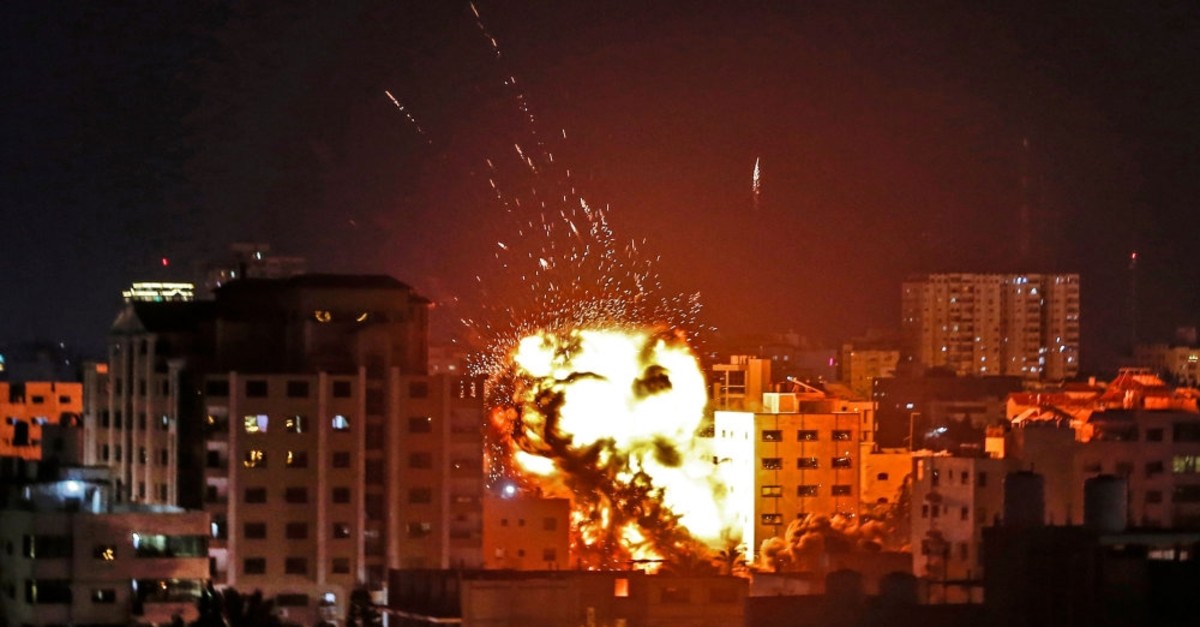 The Gaza Strip, which has been under an Israeli blockade since 2006, has been continuously attacked by Israel since that time. There has been a spiral of violence between Palestinian resistance groups and the Israeli state. Israel has attacked the Gaza Strip from time to time to expand its territories, to establish new Jewish settlements and to squash any hope for statehood. Israel initiated large-scale attacks against the Gaza Strip and its de facto ruler, Hamas, in December 2008, 2012 and June 2014.

After each attack, the two sides reached cease-fire agreements with Egyptian guarantees and assurances; however, each time the Israeli state has failed to fulfill the promises made. Hamas and other Palestinian groups have condemned violations of the cease-fires and the agreements that had been reached. In the early days of the month of Ramadan, the sacred month for Muslims, the Gaza Strip is once more the main issue of the regional and international agenda.

The latest wave of violence started on May 3 after a sniper from Islamic Jihad fired at Israeli troops across the border, wounding two of them. The violence escalated and intensified on May 4 and 5. Additionally, the Israeli air force began to hit the besieged enclave and target many buildings. In response, fighters in Gaza fired more than 200 rockets into Israel. As a result of the air raids, 25 civilians were killed, more than 150 Palestinians were wounded and 130 Palestinian houses were demolished.

The office of Anadolu Agency (AA) was also hit by the Israeli warplanes. On the other hand, four Israelis were killed, and 130 Israelis were wounded after rockets fired by Palestinians gathered under the umbrella of the People's Resistance Committees, also called the Joint Operations Room.

It is claimed that Israel has agreed to fulfill its previous promises, including mitigating the blockade on the Gaza Strip, easing economic restrictions, creating jobs, improving electricity flow, increasing the fishing zone from 6 miles to 15 miles, and facilitating improved export and import conditions.

It seems that the fate of the last cease-fire will not be different from the previous ones. The previous cease-fire was reached only in the first days of last April and lasted for only one month. In other words, most of these cease-fires are only temporary and end with the start of a new wave of violence. This creates a vicious circle in the Palestinian-Israeli problem.

As long as the blockade on Gaza Strip continues, the region will be subject to new waves of violence. Considering the regional atmosphere and Israeli domestic politics, it is not expected that the Israeli government will ease the blockade. Israel is preparing to celebrate its independence day on May 14 and is organizing the 2019 Eurovision song contest in Israel. That is, the violence has erupted in a politically sensitive period for the Israeli people.

On the other hand, global powers such as the U.S. and the EU also condemned the Palestinian violence and kept a close eye on the Israeli atrocities. Only U.N. officials warned the two sides about the escalation of conflict and the loss of lives. Eventually, considering that most regional powers support the Israeli attacks against the weak and powerless Palestinians, there is no regional or global power to deter the Israeli aggression. Only a significant change in the regional or global balance of power will bring considerable changes to Israeli policies.