All agents are getting ready for a post-ISIS phase 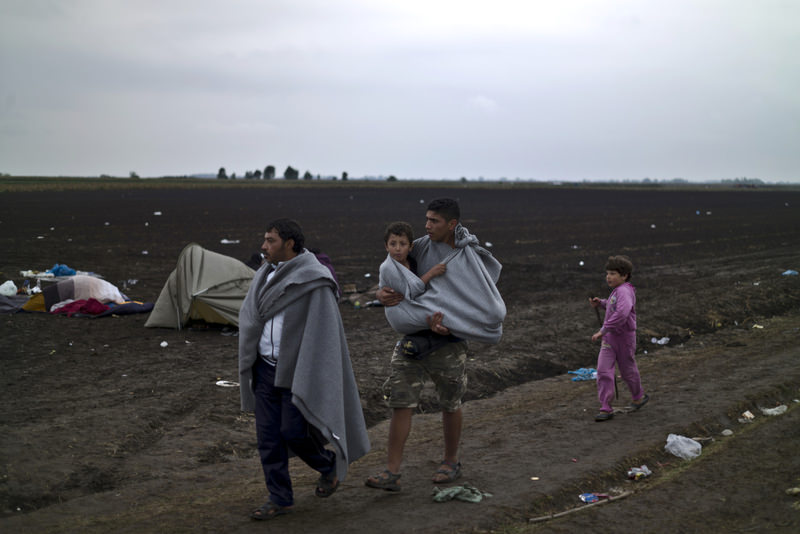 The interests of Syrian refugees are ignored as Russia and the U.S. take part in the Syrian civil war for their own vested interests only.
by Burhanettin Duran Sep 30, 2015 12:00 am

Once Putin realized the added benefits of enmity toward ISIS for Russia's interests, he started making exaggerated anti-ISIS statements to provide enough legitimacy for his country's involvement in the Syrian conflict

Lately, there has been a discussion of a transition period with or without President Bashar al-Assad in Syria. The possibility of a transition with Assad is regarded as a bankruptcy of Syrian politics by opponents. However, no force could attain success in their Syrian policies, including the U.S. and Russia. No force could enable Syria's progress in a way they presumed as a single piece. Therefore, all forces are currently busy with some regulations so as to make the presence of a small state that would depend on Syria possible. For this reason, the main concern is not whether the transition period in Syria would be with or without Assad, but who will sit at the table for founding a new Syria and a new order in the Middle East, and what will they receive?

As a matter of fact, when Arab riots spread to the border of Syria, it became obvious that the crisis in Syria would evolve into a war fought by proxy that would include various global and regional agents. Eventually, the Syrian civil war really turned into a whirlwind that swallowed up all forces. Recently, Russia sent military forces to support Assad and reinforced its military stores in Latakia.

Even though Russian President Vladimir Putin said the Russian military would not go into the field, it is evident that Russia has taken a step forward in Syria. Parallel to this, it has also been reported that Iraq, Syria, Iran and Russia will form a coordination base in Baghdad against the Islamic State of Iraq and al-Sham (ISIS).

The coordination, which will mainly engage in intelligence activities, may also launch military operations if necessary. Asserting that they are siding with the Assad regime since there are 2,000 soldiers from former Soviet countries in Syria, Putin actually is about to form his own coalition against ISIS in order to be the protecting agent of Latakia state in which Nusayris would be the majority in the case Syria is dissolved. In other words, both the U.S. and Russia are organizing and solidifying their own fronts by means of the anti- ISIS fight to get ready for a post-ISIS period in Syria.

All these developments demonstrate that Russia's hand got stronger on the eve of Putin's meeting with U.S. President Barack Obama in New York. The U.S. and Russia, which have not agreed on a transition with Assad yet, can possibly engage in a bargain by basing it on the fight against ISIS. As can be remembered, the Obama administration has never pursued an effectual strategy to overthrow Assad since the very beginning of the Syrian crisis. The civil war grew more complicated due to fragmentary implementations; ISIS was incorporated into the proxy fights of various regional and global forces and the train-and-equip program for moderate opposition forces also failed.

The only development favoring the U.S. in the field is the Democratic Union Party's (PYD) domination in northern Syria, and it is evident that Ankara has been disturbed by this development. In the strategy of making local agents fight against each other, the U.S. has nearly come to an edge in its support of the PYD. If the U.S. approves the PYD taking Jarabulus, the crisis with regard to U.S.-Turkish relations would grow.

Despite the criticism of Republicans and former consultants who had worked for administrative bodies, it would not be true to expect a considerable change in Obama's Syria policy. The analyses by Philip Gordon, who acted as a coordinator of the White House's Middle East policies between 2013 and 2015, also point out that the Obama administration, which was highly affected by the bad memories of the interventions in Iraq, Kosovo and Libya, will not attempt an active intervention in Syria. Gordon clearly expresses that the Syrian military, which is backed by Iran, Russia and Hezbollah, cannot be defeated by arming the opposition and the train-and-equip program. However, he does not suggest a formula that would end the war in Syria.

The fact that the Obama administration did not give a harsh response to Russia's solidified military presence in Syria makes one think about a possible bargain or agreement. Obama's meeting with Putin might be the starting point of a new phase in this sense. We are about to enter a period in which the U.S. and Russia will go into the field more actively to strengthen the fronts of their allies. In fact, Syria's future is being determined by means of anti-ISIS coalitions founded by these two superpowers. The Syrian table would be the first stage of founding a new order in the Middle East. As I said in the introduction, what really matters is not whether the transition period in Syria will include Assad or not, but what Russia's role will be in forming the new Middle East order and how the worldwide significance of the U.S. after Obama's presidency is evaluated through Syria.
Last Update: Sep 30, 2015 2:13 am
RELATED TOPICS