The foundational role of July 15 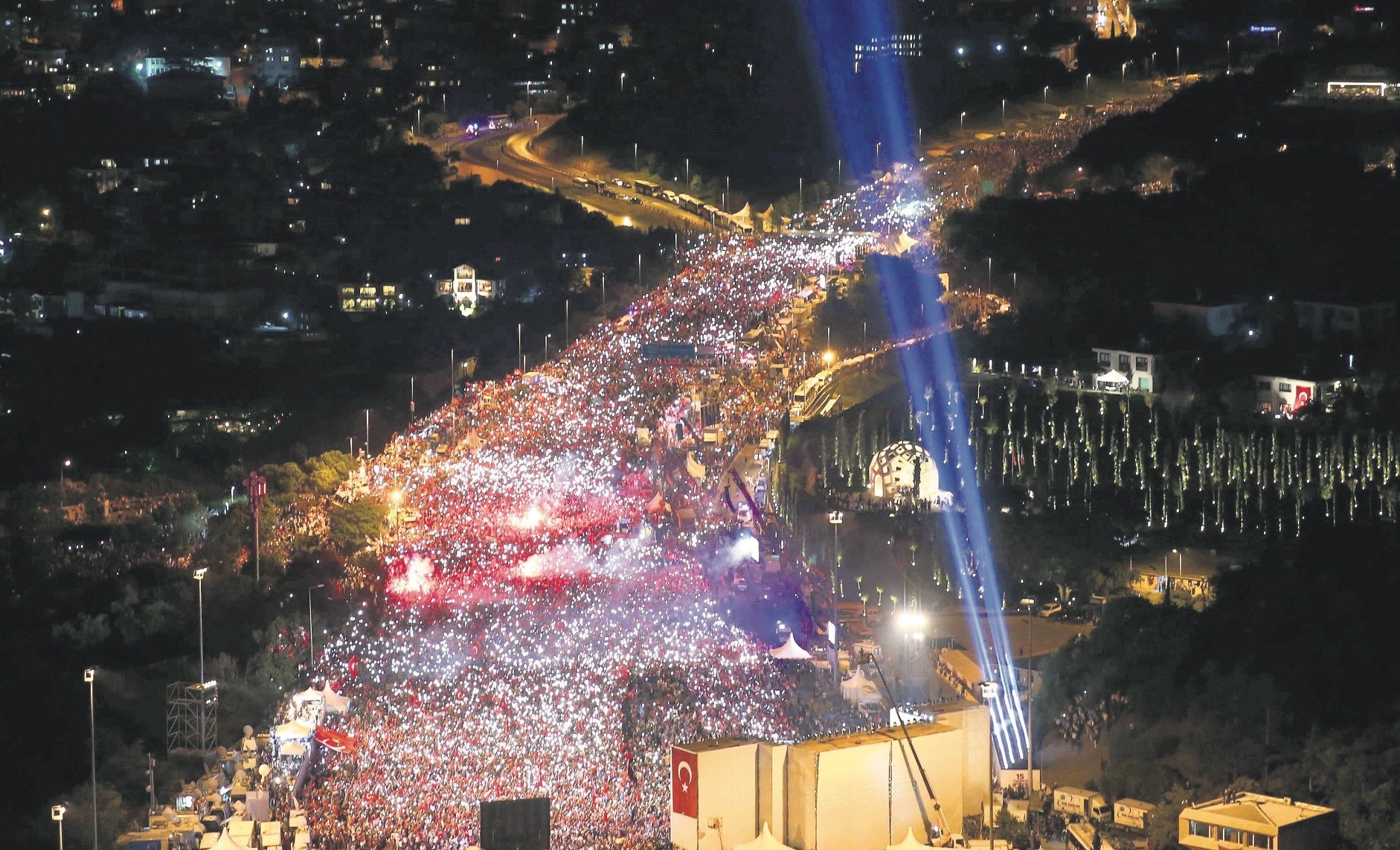 Turkey marked the second anniversary of the July 15 coup attempt on Sunday, during which the Turkish nation's glorious victory against the coup plotters was celebrated. Also, the new Cabinet formed by President Recep Tayyip Erdoğan as a requirement of the new system came into being during this commemoration period. On Friday, the ministers made a fresh start with a meeting organized in the first Parliament following their Friday prayers in Hacı Bayram Mosque. The timing of the developments and the underlined symbols denote Erdoğan's dream of founding a new and grand Turkish state with the contributions of the new presidential system. The leading symbols include the Turkish War of Independence, the prayer hour on Friday, the veteran Parliament, and the emphasis on the July 15 resistance.

The common theme in all of these symbols is the stress on the nation's will and the sacred values of the nation. Accordingly, Erdoğan is determined to steer the historic transformation of our country on the basis of these values. "The first Parliament was veteran, and our present Parliament has been honored with this title. Being the centerpiece of our new administrative system, the Presidential Complex is a veteran space."

"We are keeping our fight to prevent the attempts to silence azans and lower our flag at all costs, by risking our lives if necessary. We will elevate Turkey above the level of contemporary civilization."

"We will ceaselessly work until we build a Turkey that will be able to assure us a bright future ahead." He said.

In fact, despite all the other indications of rupture, the notion of holy war has been a considerable factor that linked the Ottoman Empire and the modern Republic of Turkey. Erdoğan also built the Justice and Development Party's (AK Party) endeavor to transform Turkey, which has been ongoing for 16 years, on the basis of these symbols. Currently, with the momentum provided by the new system, it is no surprise that he referred to the founding years of the Republic of Turkey while taking new steps to rebuild and elevate Turkey.But this time, there is an additional founding value that denotes our nation's support to Erdoğan's political struggle – the July 15 spirit. What exactly is this spirit? To briefly explain it, it can be said that it is our nation's will that resists the attacks of all the tutelage groups inside and outside the country. This resistance means protecting and upholding the supremacy of politics, the elected politicians, the homeland, democracy and the future. It pays homage to the heroes who laid down their lives to deflect a downward path that might have been similar to Syria's. It is the name of a narrative written by the patriots of the nation who gave no passage to the coup plotters of the Gülenist Terror Group (FETÖ).

So, Erdoğan referred to this very spirit while he was underlining that his cause, his fight and his passion reflect the nation's cause, fight and passion. While contending that, "We do not recognize any other power above the national will as it was 98 years ago," he alludes to this sacred set of values. Based on the July 15 spirit, Erdoğan wishes to build the new Turkey.

This synthesis that combines the values of 1920 and 2016 also constitutes the "domestic and national stance" that is always underscored as part of this value system. It also shows the sources of the new Turkey's identity, value system and worldview.

The July 15 spirit thus enables regeneration by turning back to the founding aspects of the nation while being the leading component of a comprehensive and all-encompassing breakthrough. This spirit has been the source of energy that ended the turbulence over the past five years and gives hope to reach a more prosperous and free future. Of course, I am not mentioning an abstract symbol, but a set of values and sentiments based on the night of the coup attempt, during which numerous citizens who fought undaunted against the coup were martyred or became veterans. The memories of resistance are still fresh and alive in the Turkish nation's collective memory. In other words, it is crucial to give prominence to the founding aspects of the July 15 spirit to achieve a more democratic and powerful Turkey.