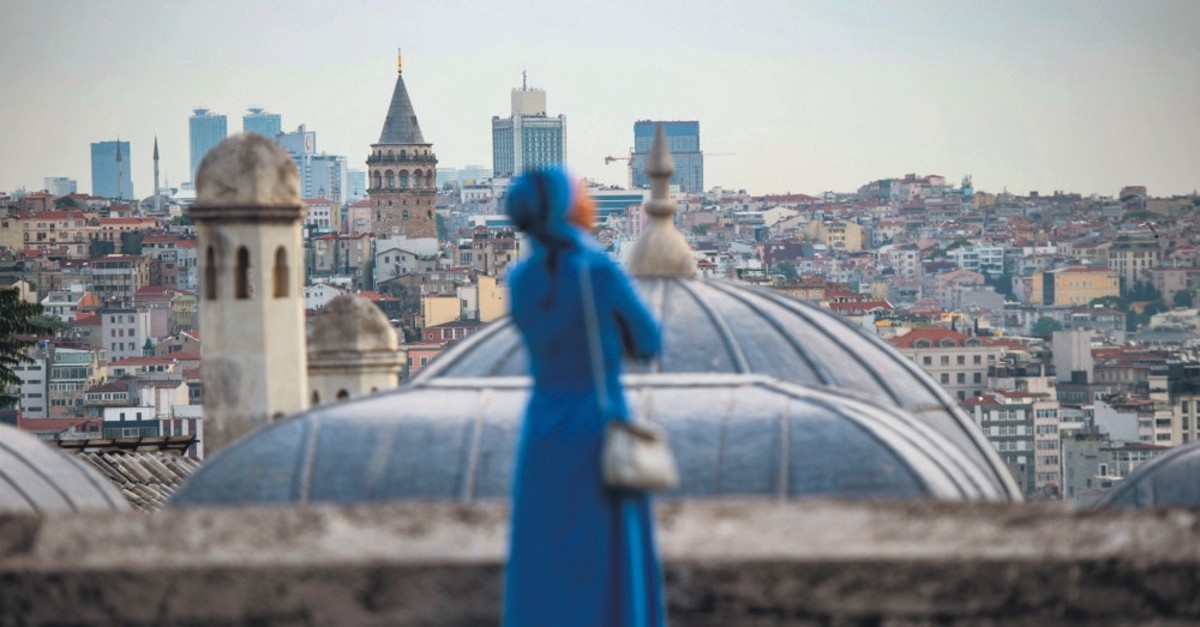 Istanbul's June 23 local election is about two weeks away. On the occasion of the Ramadan Bayram, or Eid al-Fitr, election campaigns have moved out of Istanbul, with the mayoral candidates preferring to address fellow citizens in various Anatolian provinces. When it comes to Istanbul, it is inevitable that all of Turkey will closely follow the election. The election in the metropolis, considered the heart of the country, concerns all citizens. Despite this importance, the June 23 election is a local election for the Istanbul Metropolitan Municipality alone. No matter who wins the election, there is no point in making larger sense out of it in terms of analysis.

The argument that "the local election has turned into a referendum" by some media outlets is voiced to support Republican People's Party (CHP) candidate Ekrem İmamoğlu. The mind that steers the campaign of the CHP candidate prefers to associate İmamoğlu with general politics.

As a matter of fact, during his Black Sea tour, the CHP candidate deliberately expanded the scale, saying, "I have brought greetings from Diyarbakır, Mardin, and all the other provinces, along with Istanbul, to Trabzon." Moreover, the name of the CHP candidate is often mentioned with President Recep Tayyip Erdoğan. The foreign media also supports this approach with its anti-Erdoğan attitude. They pretend as though a leader to challenge Erdoğan has finally been found. They prefer a populist way of comparing indisputably the most successful leader of our democratic political life with the mayoral candidate. However, this is an election between Binali Yıldırım and İmamoğlu. Of course, this perception manipulation is to emotionally stimulate the opposition. And it is a reflection of two-layered populism.

The first layer of the CHP candidate's campaign is to produce small claims and tensions around his personality, as well as to garner sympathy from swing voters with the discourse of unjust treatment, such as the rumor that he spread by insisting on using the VIP lounge in Ordu, in which he has no rights, and rejecting claims about Pontus produced on social media. These are moves to pull the discussion from rational competition to an emotional sphere. Thus, they prevent discussion of macro and micro projects. He veils his silence about the PKK and the Gülenist Terror Group (FETÖ) by having people talk about such claims. He is also pleased that his performance in the Beylikdüzü Municipality, the allegations of extravagance and corruption, is not being discussed.

The second layer is the tactic of deepening and concealing the anger in the CHP base. This has to do with CHP Chairman Kemal Kılıçdaroğlu and CHP Istanbul Head Canan Kaftancıoğlu staying in the background during the campaign. By complaining about polarization, the CHP candidate fuels hatred in his own base. He does not allow anyone to forget that the main platform is opposition to the Justice and Development Party (AK Party) and Erdoğan. He strives to soothe the AK Party's offended conservative voters, saying that he will embrace them if he wins the election. This approach is rational-looking populism. He conveys the message of emotionality to his base and of rationality and embrace to the other side. He hides his own "us," meaning the radical expectations of the CHP, the Good Party (IP) and Peoples' Democratic Party (HDP). He is playing on the problem of "us" within the Nation Alliance.Voters of the opposition do not care about rational issues such as performance and projects. They have a "completely emotional" goal of defeating the AK Party and wiping it out of politics. Now that the election is going on an "emotional" platform, conservative voters should also look at the other side in an "emotional" way. Voters who resent their party should see that they punish "themselves" and "us." Intraparty criticism is reasonable. However, they should not look at their party with the aggressive arguments of the opposition during the election. For this, I would say that conservative voters would have the critical decision in the June 23 election.