Reflections on the live TV debate for Istanbul's election 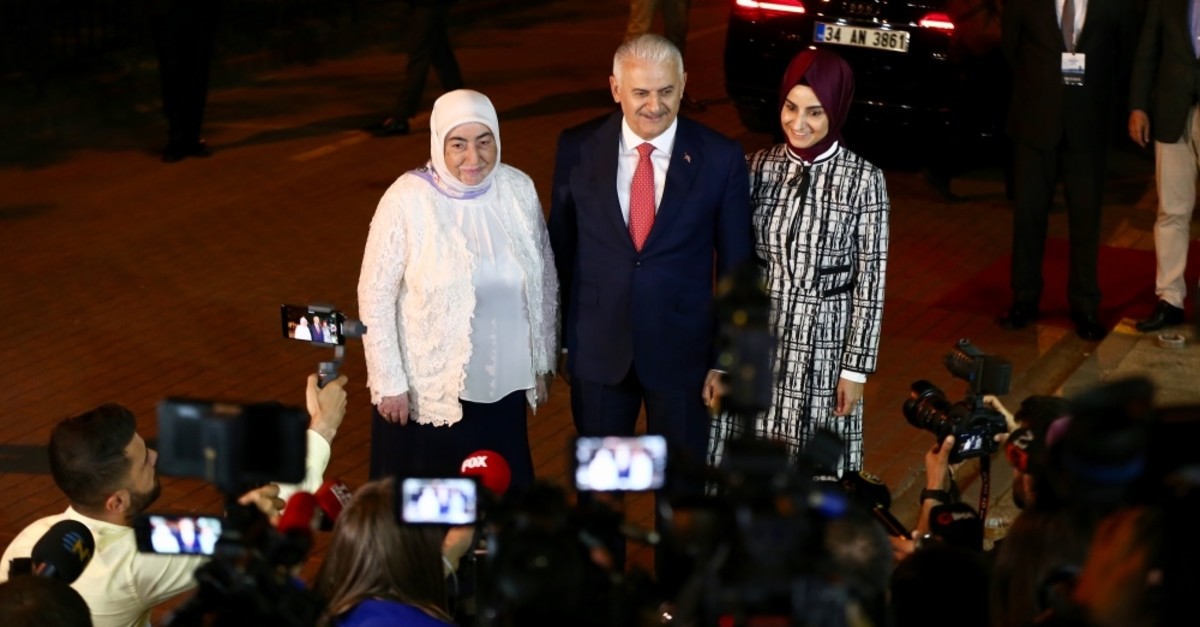 The AK Party's Istanbul mayoral candidate Binali Yu0131ldu0131ru0131m and his family pose for cameras as they arrive for a televised debate with the main opposition CHP's candidate ahead of the June 23 Istanbul elections, Istanbul, June 16, 2019.
by Burhanettin Duran Jun 19, 2019 12:22 am

Istanbul's mayoral candidates faced off in the first televised debate in 17 years – a distinguishing feature of the June 23 rerun election. Some viewers found the event less than exciting. Others were annoyed with the tightly enforced three-minute limit on statements and the ban on dialogue between the two candidates.

Either way, the debate presented an opportunity for voters to compare the two contenders in terms of their visions, plans and personalities ahead of Sunday's mayoral race. The candidates, too, took this opportunity to voice their arguments about their opponent in person.

Who was the winner? Needless to say, both sides were quick to hail their champion as the historic debate's victor. What Istanbul's residents think will remain unclear for another five days. My personal assessment was that ruling Justice and Development Party (AK Party) candidate Binali Yıldırım was able to distinguish himself from the main opposition Republican People's Party's Ekrem İmamoğlu.

The televised debate consisted of three parts: Why the March 31 election was cancelled, the CHP candidate's lies and the two candidates' projects and promises.

Yıldırım's performance was unlike his solo appearances on national television. He seized an advantage by picking a moderator from the opposition. In front of the cameras, the AK Party candidate highlighted his strengths – his track record and proven ability to manage major projects — and responded to his opponent's critiques in a calm and modest manner. In other words, Yıldırım was able to prove his critics wrong; those who describe him as hardworking and modest yet unenergetic. He avoided lengthy sentences

- unlike his opponent – and stuck to the numbers.

At the same time, Yıldırım took the time to confront İmamoğlu about his false statements on the campaign trail. He blamed the CHP for blocking a recount and forcing a re-election and described his opponent's first order of business

a failed attempt to copy the municipality's entire digital archive — as a move from the Gülenist Terror Group's (FETÖ) playbook.

Yıldırım also urged his opponent to apologize for insulting the governor of Ordu and misleading the people about what he did. In response to İmamoğlu's charge of partisanship, the former prime minister talked about his government's investments in the CHP stronghold of İzmir. He added that the CHP candidate had failed to deliver his campaign promises during his mayoral term in the Beylikdüzü district. Recalling that the opposition had blocked scholarship offers for students, Yıldırım took credit for megaprojects underway in Istanbul.

İmamoğlu had clearly worked on his anger management skills prior to the debate. He attempted to gain the upper hand by talking fast and saying as many sentences as he could. Still, the CHP candidate made a key mistake that played into Yıldırım's hand. He backed himself into a corner by repeating his mistakes on the campaign trail and sticking to his lies. İmamoğlu sought to downplay his insult against the governor of Ordu with wordplay, making himself vulnerable to attacks. He assumed that he could smile his way through the debate thanks to the CHP base's support. Ironically, his performance raised questions about İmamoğlu's sincerity and forced him to account for everything he said over the past few months. He reminded viewers of Turkish politicians from the 1990s

who made a lot of promises, said a lot of words and lied comfortably. It is curious that a candidate, who received 48 percent of the vote on March 31, just hurt his own campaign.

Regardless of the outcome of Sunday's rerun elelction, İmamoğlu might not stop his personal brand from being associated with lies and deception.