The people must choose who defends Turkey's national interests 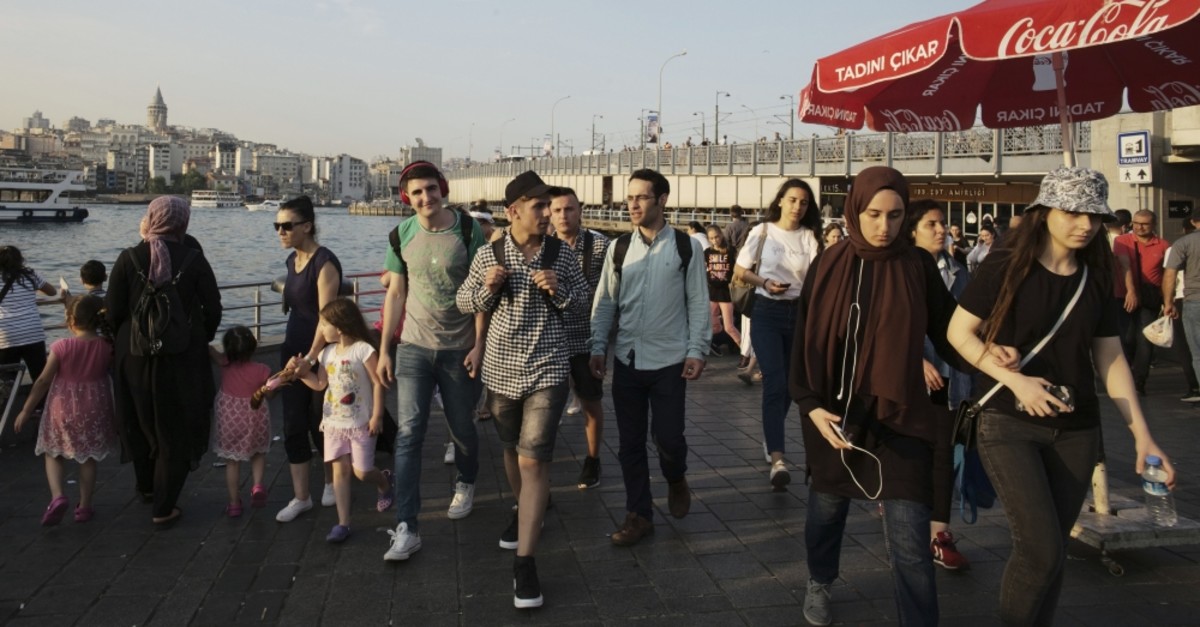 There is no shortage of important items on Turkey's political agenda. Ahead of Sunday's Istanbul rerun, the Turkish people are focused on Egyptian President Mohammed Morsi's death, the United Nations Human Rights Council report on the Jamal Khashoggi murder, the start of drilling efforts in the Eastern Mediterranean, the sentences being handed down in coup trials, the latest polling numbers, Republican People's Party (CHP) mayoral candidate Ekrem Imamoğlu's secret meeting with the moderator of the election debate and President Recep Tayyip Erdoğan weighing in on the mayoral race.

To be clear, the agenda will remain cluttered after Sunday's election. On the contrary, there will be a public debate on the election results as well as the S-400 air defense system's delivery, Turkey-U.S. relations and the situation in the Eastern Mediterranean. The July 2013 coup against President Morsi's government was a significant rupture in the Middle East.

On that day, the world did not deem the people of the Middle East worthy of democracy – just as Western leaders embraced Abdel-Fattah el-Sissi.

An inspiration for the Arab revolts, Turkey, too, came under attack that year.

The Gezi Park riots paved the way for the December 2013 judicial coup attempt and, in 2016, a bloody failed coup. Those attacks, which were defeated thanks to Erdoğan's strong leadership, had one purpose only: to install the likes of an el-Sissi in Turkey, the only remaining regional stronghold of the resistance. The attackers aimed to ruin the futures of people around the region with the help of collaborators and the ruling elite.

Erdoğan, therefore, responded more vocally than any other leader to Morsi's death in an Egyptian courtroom. Hence his warning against the likes of el-Sissi in Turkey and his reminder that the country faces an existential threat. Ignore those questioning why Erdoğan referred to Morsi as a martyr. They know all too well that the death of Egypt's first elected president was symbolic for the entire region – and that Erdoğan himself became a symbol by becoming the first Muslim leader to stop a coup d'état.

Another link between the Istanbul rerun and the July 15 coup attempt was the sentencing hearing of the General Staff trial. The coup plotters were charged in 289 cases, and the courts have already reached their verdicts in 261 trials. So far, 3,239 defendants have been sentenced – including 2,031 to life. On Wednesday, members of the so-called "Peace at Home Council" received due punishment – 141 life sentences each for 17 key defendants.

Turkey's future depends on the survival of the July 15 spirit. Both the country and its largest city must be governed by politicians supporting the July 15 resistance and refusing to be enslaved by the PKK, the Gülenist Terror Group (FETÖ) and other terrorist groups.

Otherwise, we cannot combat terrorism, preserve our country's territorial integrity or protect our national interests. The Yavuz, the vessel that started drilling off the coast of Karpaz to defend the rights of Turkish Cypriots, indeed represents the spirit of July 15.

Turkey challenges all stakeholders seeking to exploit the Eastern Mediterranean's energy resources without Turkish participation. President Erdoğan's increased visibility in the final stretch of the campaign relates to this development.

The people of Istanbul must side with the candidate who defends Turkish interests and embraces the spirit of July 15.