How to combat disinformation on Syrian refugees 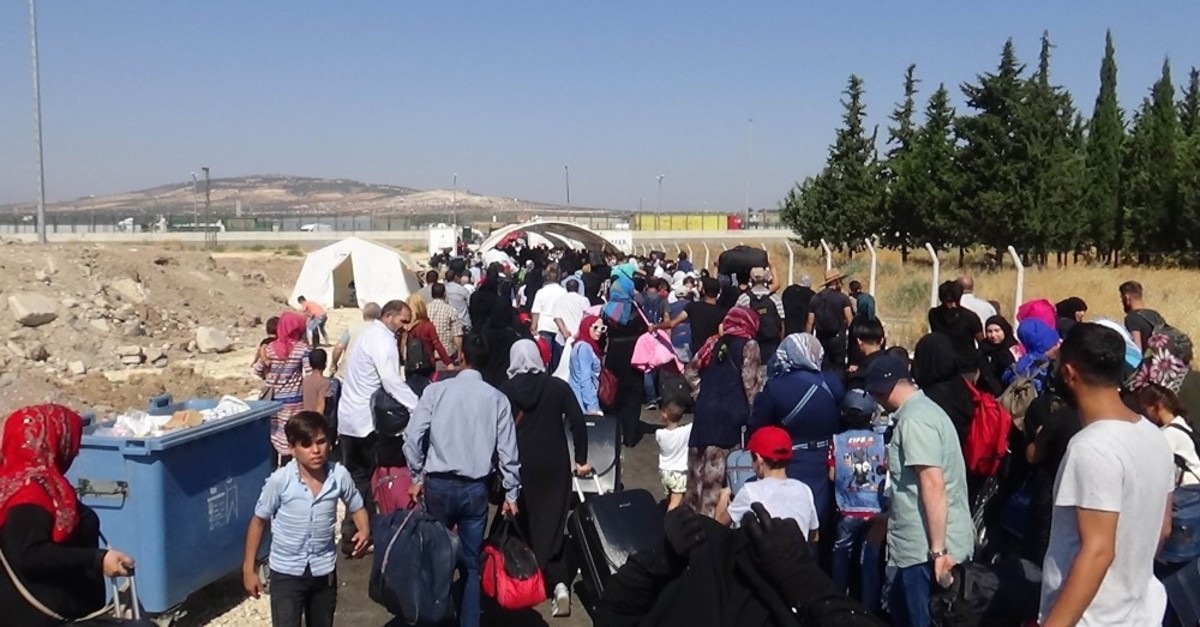 There is an ongoing debate on Syrian refugees in Istanbul, who are being asked to return to the provinces where they were registered. The media extensively covered complaints by Syrians about the 30-day grace period. International news organizations, too, have been reporting on the "forcible deportation" of refugees. This issue goes beyond the mandate of the Interior Ministry and Istanbul's governor, as it has repercussions on the harmonization policy, domestic peace, human rights, national security, xenophobia and Turkey's image abroad. Together with economic concerns, the Turkish people's exclusionist and angry reactions ring alarm bells. There is an obvious need for macro-planning.

The issue of Syrian refugees has been deepening below the radar for years. Fake news about Syrians, together with the opposition's overwhelming populism, played some role in that process. At campaign events, the Republican People's Party (CHP) and the Good Party (İP) have frequently resorted to rhetoric bordering xenophobia. The claim that Syrian refugees spend their days on Turkish beaches rather than fighting in their native lands distracted the public from the complexity of the situation in Syria. Nor did the accusers care that forcing civilians to fight would be a violation of their human rights. That ordinary people would end up in the hands of radical groups amid a complex civil war did not matter to them either.

Building on President Recep Tayyip Erdoğan's commitment to helping refugees, the Justice and Development Party (AK Party) government does not see this issue as a matter of solidarity between hosts and guests alone. Turkey has taken steps to create safe zones across its southern border and made diplomatic efforts to facilitate the return of refugees to their homes. Following in the footsteps of the Euphrates Shield and Olive Branch operations, the country is now considering a new incursion into the area east of the Euphrates River. In addition to removing People's Protection Units (YPG) militants from that area, Turks aim to create the necessary conditions for the safe return of Syrians.

There is no denying that Turkey, like Lebanon, has born a heavy burden due to the Syrian civil war. Yet, the international community cannot ask those two countries to deal with the question of repatriation. The United States, the European Union and the United Nations must play a bigger role in this process. They must understand that they cannot abdicate their responsibilities anymore by thanking the Turks for their hard work. The Turks continue to play their part, despite efforts to spread chaos and anti-immigrant sentiments. This country has a melting pot for waves of immigrants over the centuries. Anti-immigrant sentiment cannot take root here.

We must approach this issue from a long-term perspective. It is important to acknowledge what Syrian refugees could offer to Turkey. The Syrian community in Turkey could, for example, play an active role in the country's trade with the Middle East and Arab countries.

It is, however, clear that Turkey's geographic location makes it vulnerable to illegal and irregular migration – that simply won't change. If anything, domestic tensions in Iran could increase the number of illegal immigrants arriving from Pakistan and Afghanistan. Some experts maintain that war against Iran could displace up to 10 million people. In light of those factors, the safe zones in Syria must be better equipped to facilitate the repatriation of refugees. In addition to promoting security, Turkey must encourage those communities to trade with Turkish merchants. On the domestic front, Turkish authorities must return refugees to their places of registration in an orderly fashion and develop a resettlement policy based on each province's need for human capital.

Altogether, Turkey ought to include Syrian nongovernmental organizations (NGOs) in this process, refraining from separating families and easing the burden of overwhelmed cities and counties through relocation. This policy must be backed by a positive communication strategy at home and abroad. We must be vigilant against all actions and rhetoric designed to fuel anti-Syrian sentiment in Turkey. Authorities must take the necessary precautions to combat disinformation on social media and prevent backlash.