Trump's visit to UK: Much ado about nothing 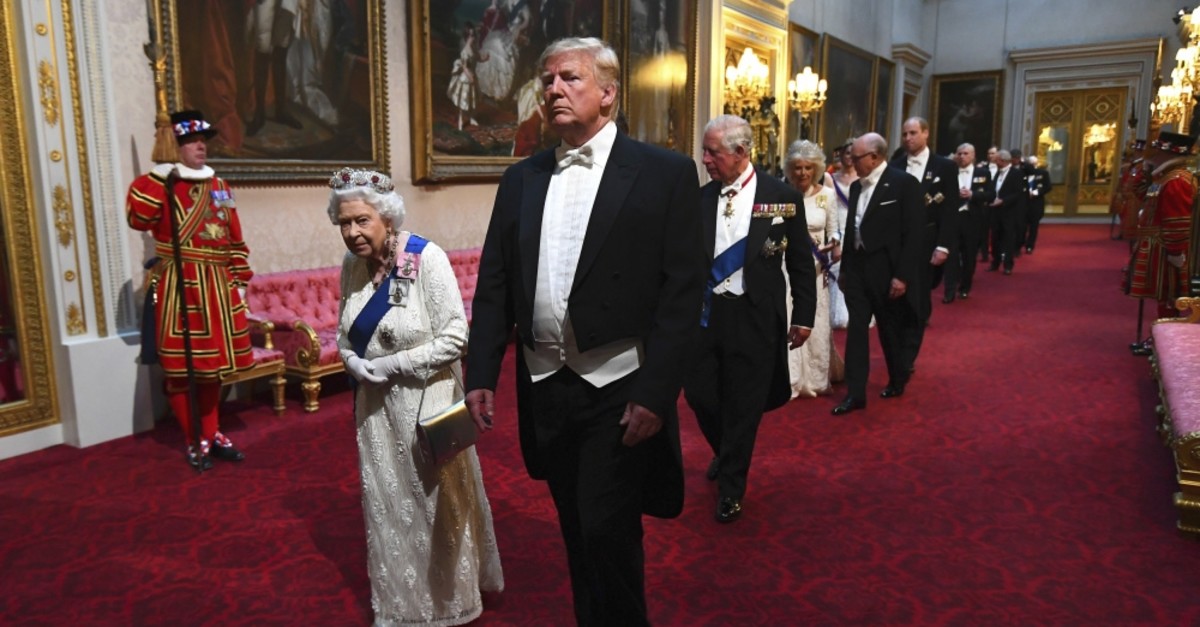 Trump's London visit on May's invitation to offer a path for the U.K. after an inconclusive Brexit divorce was marked by protests and diplomatic controversies and ultimately failed to chart a path forward on the future of bilateral relations

Outgoing U.K. Prime Minister Theresa May will not be remembered for her achievements but instead for her fighting spirit. She was a "remainer" when the Brexit referendum took place. With the terrible turmoil that followed, she was catapulted to the role of prime minister without having a road map to get the U.K. out of the EU. However, she took to heart her mission to carry out a successful Brexit.

Her determination to make the U.K. "a strong insular country again" has been the signature of her performance as premier. Her insistence of sticking to her own agenda for Brexit did not pan out, but she continued to insist on keeping her "deal" on the table, going against all odds – and basically, all the possible odds have come about thanks to her policy.

People who, back in 2016, voted "leave" as well as those who voted "remain" did not know much about the consequences of their vote. Now they do, and they do not like it; none of them, remainers and Brexiteers alike.

For more than two years, Michel Barnier, representing the EU, has schooled the representatives of the U.K. for Brexit negotiations – three different people. The results have been embarrassing for the U.K. The deal concocted has been largely rejected twice in Westminster, and May has been ousted. So, before her announced departure, she wanted to have a desperate but flamboyant end. She wanted U.S. President Donald Trump to pay an official visit to the U.K.

It is rarely a good idea to involve Trump in domestic politics – as a matter of fact, in any politics. Nevertheless, the Brexiteers main argument for leaving the EU was that their "special relationship" with the U.S. would allow them more flexibility and more freedom in external trade, therefore more benefits and strength. So, inviting the president of the United States would serve as a justification of the Brexit turmoil and as a symbol for future expectations.

Trump, to paraphrase some views of U.S. press, did not disappoint. He first verbally attacked London Mayor Sadiq Khan, with whom he has already had verbal altercations. In a country like Great Britain, where protocol is a way of life, Trump's behavior was received like a bad joke.

Labour leader Jeremy Corbyn refused to attend Trump's state banquet, accusing the president of using "racist and misogynist rhetoric," while Liberal Democrat leader Sir Vince Cable also declined an invitation. As well as holding talks with May at her country residence, Chequers, and having tea with the queen at Windsor Castle, the trip was marked by demonstrations. Tens of thousands of people gathered in central London to protest him. There was also a 6-meter "Trump baby" blimp inflated outside Parliament. This is how the official visit is described in U.S. press.

No other American president has been so unwelcome on U.K. soil. Trump's style and rhetoric, like a guy leaving a bar in the Bronx after having a pint too many, was not to the taste of the British public. But deeper than that, Trump's mad idea to threaten everybody to increase or to implement custom taxes over their products if they do not abide by his (changing) rules, does not bode well for the future of Brexit.

Brexiteers have shelved "further liberalization" of external trade, notably with the U.S. Not only has Trump started a trade war with China, implementing custom taxes, he has threatened Mexico with custom taxes as well if they do not monitor their frontiers against immigration. Finally, yet an important point, French wines are on his radar; he would like to tax them also.

Brexit may hold even worse surprises for the U.K. than expected. With the Trump administration, versatility has become the rule in a world looking for a compass. This should also serve as an important lesson for any democratic country looking to cultivate better relations with conventional allies and institutions.