The discrepancy of modernization of Turkey's opposition 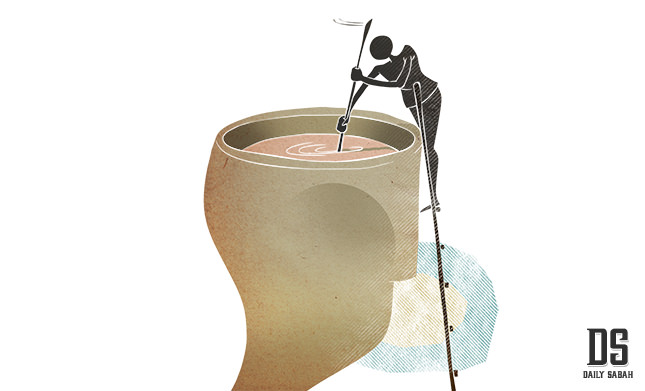 Being implemented from founding of the Republic, the Kemalist understanding of modernization ran counter to the social practices of the majority of the population and, since the beginning of the 2000s, has begun to lose its influence

Almost everyone has the same opinion that a new stage began in Turkey after 2000. While for some this new period was cause for worry, others regarded it as an opportunity. Either way, the fact that a new period was being experienced was not something that caused dispute among the parties.

Turkey experienced important transformations in many areas, ranging from its political culture to societal structure after 2000. The political stage bore witness to a struggle between actors who were attempting to open the way for this transformation against status quo actors attempting to stop it. This struggle is generally analyzed in terms of the positions, discourses and clashes among the actors on the political stage. However, there are dimensions connected to the paradigmatic, theoretical, and mental context that go beyond the assumed struggle between the "innovators" and the "status quo."

We come to face the question of what kind of a perspective on modernization the status quo of today, which regards the Turkey of the Kemalist period as a valuable system to be protected, offers Turkey? In the end we are talking about a perspective that has been put into practice throughout 80 years of hegemony and whose discursive framework has been settled.

In the beginning of the 2000s, the topic of different approaches to modernization in Turkey was debated and serious criticism was leveled at the Kemalist understanding of modernization. However, today's carriers of Kemalism and all its additional factors, who have positioned themselves as the opposition, have opted to criminalize the existence of the vision and discourse of political actors who are attempting to create a new hegemony in the post-Kemalist period instead of criticizing them. In this sense, the Kemalist opposition is in a continuous state of agitation against the conservative, democratic administration. Thus, at this very point, the question that must be asked is: What perspective of modernization do those who see the Kemalist period Turkey as a valuable system to be protected, have for Turkey?

If we are to take up the first two modernization points to a historical, Western situation, what is fundamental here is the institutionalization of the West's efforts for renewal in the scientific, industrial, political, and cultural areas in the world order formed after the period of exploration. The third point is the one that comes up first when considering Turkey, Egypt or Iran's process of modernization.

Modernization in Kemalist Turkey did not take on the shape of a period of societal change. In response to this, leaders wanted a period of secularization and capitalization in the context of modernization. Alongside this, modernization appears as a goal in the policies and discourses of the country's elites and leaders.

It is possible to elucidate the properties of the Kemalist modernization program defended by the civil and military bureaucracy throughout the Republic's history in the following manner:

1. The state took the role of leader in the operation of the Kemalist modernization program. The state was placed at the center of society, economy, politics, culture and daily life, and thinking with and for the state has become the fundamental work of intellectuals. In this period, a type of politics where the state comes before society and society comes before the individual was attempted.

2. In connection with the state's position as leader, the military was regarded as the main carrier of the societal transformation program. Soldiers' leading positions also brought with it the exaltation of military culture in Republican policies.

3. This state-centered modernization project came into existence based on elitist populism. This understanding of populism is grounded on the prevention of social mobility, preventing farmers from leaving their fields and legitimizing the new regime. Having to depend on "people," this new state is inclined to create a new definition of people as a nation in line with its own needs.

4. Represented by the civil and military bureaucracy, this modernization program was applied from the state to the people in a top-down manner. The transformative project in question was attempted not in an evolutionary manner, but rather in a revolutionary one. Initiatives were undertaken in a fast and repressive manner despite the public.

5. Within the Kemalist modernization program, tradition and especially the Ottoman past, found itself as the "foundational other." Although the Republic of Turkey came out as the product of Ottoman Westernization, founded by Ottoman bureaucrats and intellectuals, it attempted to base its existence on a negation of the Ottoman past. This situation was regarded as a necessity by Kemalist elites.

6. The Kemalist modernization paradigm tries to modernize Islam by placing it in a new format. Religion, identified on the basis of Sunni Islam, was used for the purpose of societal unity and obedience to authority.

7. The Kemalist modernization program was pursued with an emphasis on societal unity and solidarity. In this process, society was placed into a cultural and linguistic Turkish mold, with "Turkishness" being put forward as an undeniable value encapsulating all parts of society living with the borders of the nation-state.

8. The understanding of Kemalist modernization, despite its emphasis on transformation, also gave up on its discourse on cultural protection, as a "cultural core" that must be protected no matter what has come to the fore.

9. Science was given an instrumental role in the Kemalist modernization program, with an understanding of science for state taking root rather than one of science for science. The state must actively produce cultural and scientific policies and save the society from the clutches of tradition and superstition.

Maintaining its hegemony until the 2000s, this understanding of modernization presented itself as a project of renewal. In the beginning, it was put into operation in a manner befitting the West's totalitarian regimes of the 1930s and 1940s, and was developed by feeding off of different sources, situations and periods.

The Kemalist understanding of modernization began to lose its sovereignty in Turkey after 2000. However, it was applied in Turkey for years and has begun to transform into the common discourse of opposition groups in Turkey today. In order to understand the reasons behind this, I think it is necessary to go to the sources of the Kemalist understanding of modernization, which maintained its hegemony until 2000. If events allow, in my next column I would like to discuss its three fundamental sources in Turkey and analyze how many actors, who defined themselves as anti-Kemalist before 2000 and are currently in the opposition, have adopted Kemalist discourse.
Last Update: Dec 18, 2015 2:31 pm
RELATED TOPICS