Whose responsibility is the formation of a new constitution? 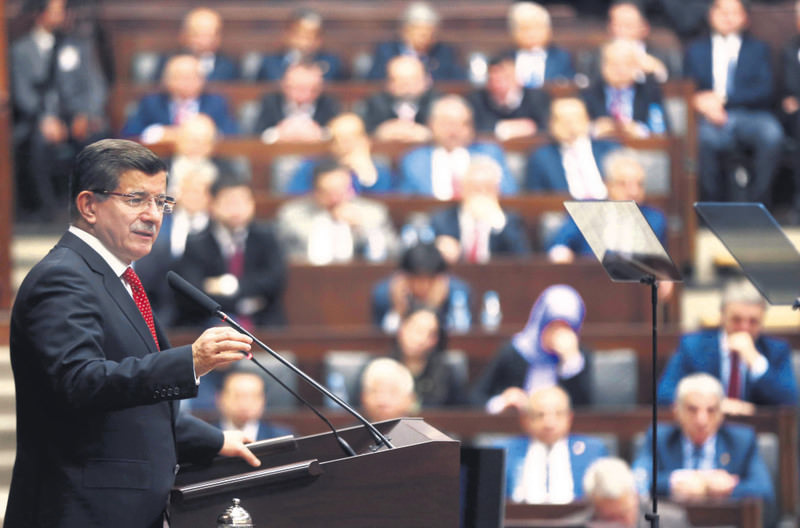 Turkey, which has experienced a number of military interventions and coup attempts, needs to rewrite the current constitution which is ironically the product of the Sept. 12 military coup

It is possible to come across many different evaluations concerning the difficulties of writing a constitution for a modern society. In fact, some commentators ascribe impossibility to this task.

It is indeed a very difficult task to create a legal contract that encompasses the whole of society in an environment with increasing socio-political arenas of conflict and pluralization of political identifications, where distinctions such as local-global, domestic-regional, rural-urban and modern-traditional lose their validity and where new socio-cultural realities come up with the head-spinning speed of technological developments. It can be argued that in a country such as Turkey, which in its 65 years of democratic experience has faced a number of military interventions, coup attempts and tutelary ventures, the writing of a constitution becomes much harder. However, as hard as it is to make a constitution for Turkey, it is just as much a necessity.

Turkey's current constitution was written in the aftermath of a military coup on Sept. 12. Although this Constitution has been partially changed with various arrangements, the Constitution of today remains one that reflects the military mentality of the 1980s in its general approach and was made with the purpose of consolidating the state around a central Kemalist ideology and not around the mentality of a social contract.

This situation, above all else, reflects negatively on Turkey's democracy. Alongside this, the Turkey of today does not have a constitution that reflects the enormous transformations that have occurred since 2000. What's more, there are expectations of a new and civilian constitution that can respond to the needs of 21st century society and public institutions.

For exactly this reason, there has been a constitutional debate going on in Turkish politics for some time. In 2011, a tangible step was taken for the first time in the making of a new constitution, and a new commission formed of representatives of the four parties in Parliament began working on a new constitution. As a result of this endeavor, an understanding was reached on 63 articles. However, with the Gezi events that occurred in May 2013, the political conjecture shifted radically, and despite the calls of (at the time) Prime Minister Recep Tayyip Erdoğan, the 63 articles that had been agreed upon were not made law.

From that date on, there have been four elections. Despite one of these being local elections and the other a Presidential election, the issue of a new constitution came up in all four. Every party with a group in Parliament made the promise of a new constitution in their electoral affidavits. The Justice and Development Party (AK Party) gaining 317 seats in Parliament after the Nov. 1 election brought the topic of a new constitution once again to the agenda. Despite the AK Party lacking the necessary 330 seats to change the Constitution by itself, it is in a position of moral supremacy in terms of coordinating attempts at a new constitution. In fact, as soon as the election results were announced, Prime Minister Ahmet Davutoğlu repeated the promise of a "new, civil and national constitution." He stated that he would follow a constructive period of dialogue. In this framework, Davutoğlu met with the leaders of all opposition parties, with the exception of the Democratic Peoples' Party (HDP).

We can see that the HDP and Nationalist Movement Party (MHP) will never stand with the AK Party in the making of a new constitution. In fact the HDP, because it has defended the PKK armed Kurdish movement's city invasions and bloody terror attacks, has fallen out of the political game in Parliament. The AK Party knows that it cannot, and in fact that it should not, enter into a partnership with the HDP. The HDP lost this chance when the party's co-chair, Selahattin Demirtaş, called the Kurds to the streets on Oct. 6, 2014, which ended with the deaths of more than 50 civilians in the events known as the Oct. 6-8 incident. From that date on, the HDP reduced itself to a simple politics of negativity against Erdoğan and the AK Party.

On the other hand, expecting the MHP to contribute to the writing of a new constitution is unrealistic. It appears that the MHP will insist on its ideological line and thus will not take part in the workings of a new constitution by jamming itself into marginal Turkish nationalism. The current MHP leadership believes this type of reactionary politics will help it win in the long term.It seems that the most important test in the process of forming a new constitution will be the one faced by the Republican People's Party (CHP). Will the CHP become a center party that addresses the whole of Turkey, or will it remain an ideological party that sees the support of its traditional base as enough and which traps itself into a dogmatic political line and contents itself with being the champion of the "AK Party opposition?" The answer to this question appears to be the most important development that will affect the formative period of a new constitution. Thus, while both the domestic and international public intervene in the debates over a new constitution in Turkey, it is very important for the CHP to give up placing all of the responsibility of this issue on the AK Party and to carefully consider its own role in the process.
RELATED TOPICS