What should Pompeo do? 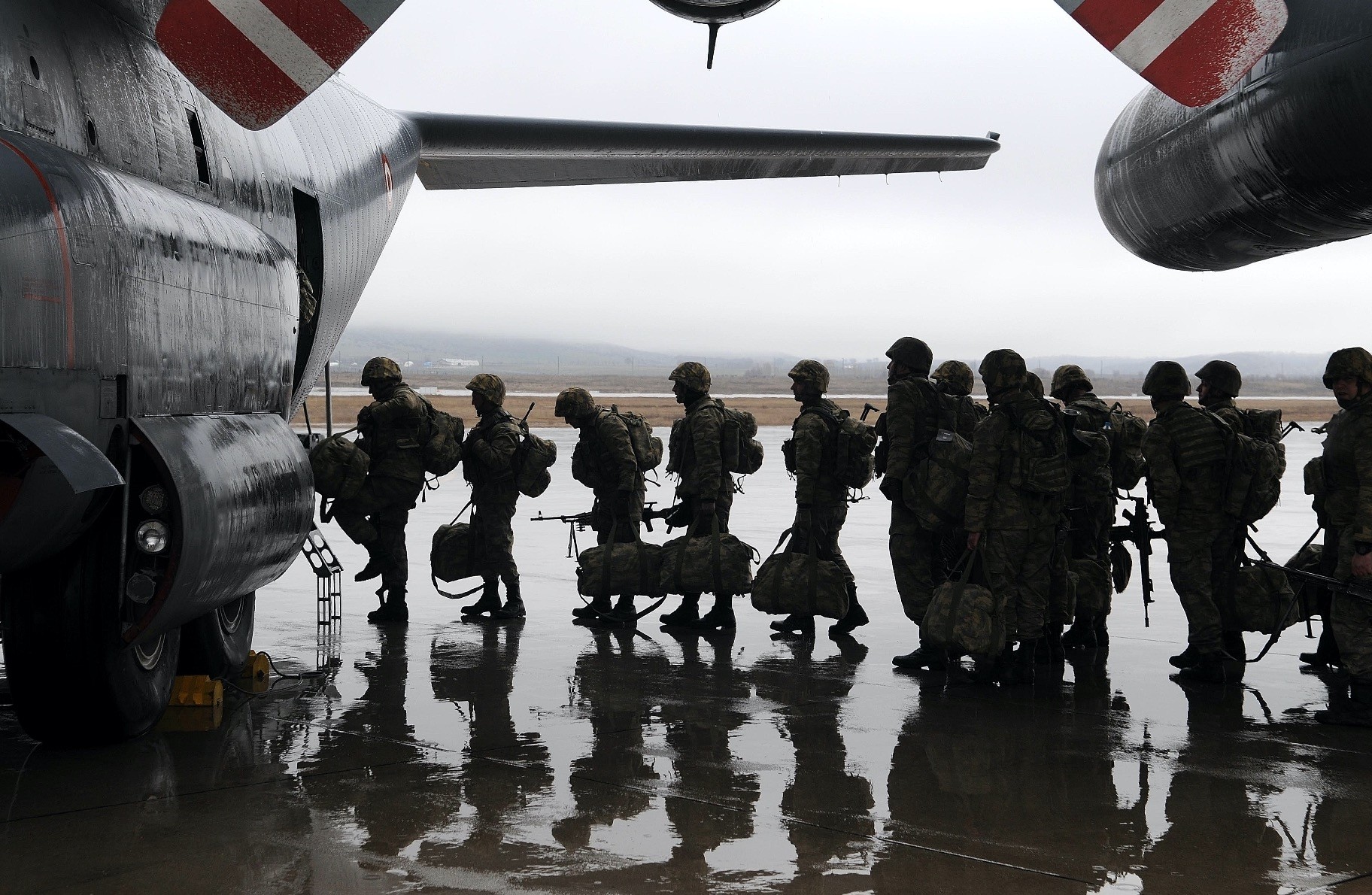 The U.S. should have realised that Turkey was not bluffing about clearing its border from all terrorist elements

Operation Olive Branch, which Turkey began against the PKK and its Syrian armed wing the People's Protection Units (YPG) not even two months ago, has been successful. Designed as an encircle and sweep operation, the main aim of this operation was to end the PKK/YPG hegemony in Afrin and to close the door the PKK had to the Mediterranean Sea.

By the time the Turkish Armed Forces (TSK) and its partner the Free Syrian Army (FSA) reached the city center in Afrin, YPG militants had already abandoned the city. These YPG militants ran, leaving behind their heavy weaponry and equipment. The TSK and FSA took over the city without ever firing a shot. What is interesting is that the city's people welcomed Turkey's presence in Afrin. For a while, the Western media's portrayal of Afrin had been that the PKK was ideologically very strong in the city and that even if the YPG militias did not fight, the public would resist the FSA and TSK. This was nothing but PKK propaganda and unfortunately the Western media became a pawn for it.At the end of the day, Afrin was cleaned of YPG elements. In this way, despite all of the obstacles put in its way, Turkey showed that it could successfully carry out a cross-border operation against the YPG which it regarded as a strategic threat and a legitimate target. The fact that Turkey was not bluffing was clearly seen. Russia knew that Turkey was serious and had taken a position accordingly. It was only after the Afrin operation that the U.S. realized Turkey was decisive about clearing its borders.

What will happen after this? This is the most frequently asked question. Before looking into the answer, I would like to give the following reminder. One of Turkey's strategic aims with the Afrin operation was to weaken the support the U.S. provides to the YPG and to make this support costly for the U.S.

In the aftermath of the Afrin operation, two results appeared which policymakers in the U.S. have to take into account when forming policies about Syria. The first is that it became obvious the YPG was not the strong and resistant military force it was touted to be. Turkey's military capacity and strategic mind was easily able to push the YPG out of Afrin, which the YPG regarded as its way to the Mediterranean Sea. The second is that the visible Russian support behind the YPG was retrieved. This also made the Americans' argument of "if we do not support the YPG, Russia will," moot.

Turkey's President Recep Tayyip Erdogan gave clear clues that the fight against terrorism would continue through cross-border operations after the Afrin victory. At this point he stated that it was not just the presence of the PKK on Syrian territory but in Iraq as well that posed a threat to Turkey's national security.

From this point on, Turkey will lead an integrated fight against terrorism and while trying to minimize the PKK's presence in northern Iraq, it will also try to end the presence of the PKK/YPG in Manbij. Turkey's first priority is to get the U.S. to make the YPG retreat from Manbij.

In truth, a year-and-a-half ago the U.S. had stated that it understood Turkey's worries at the highest levels and promised that the YPG would pull out of Manbij. However, the end results were completely different. The YPG settled down in Manbij and took over its administration.

The U.S. has seen Turkey's decisiveness, that Turkey is not bluffing and that when necessary, it is willing to conduct military operations, as demonstrated in Afrin. In this environment where we predict the new secretary of state will give great importance to a strategy to surround Iran, how the U.S. decides is important. If the new foreign affairs management assumes that it can stand against Iran with a force such as the YPG and continues to stand behind the YPG, it will be a huge mistake. Former Secretary of State Rex Tillerson did not show the necessary resistance to the U.S. Central Command (CENTCOM). If Mike Pompeo commits the same mistake, the U.S. will once again lose its position in the Middle East.