Who is playing whom in the Syrian puzzle? 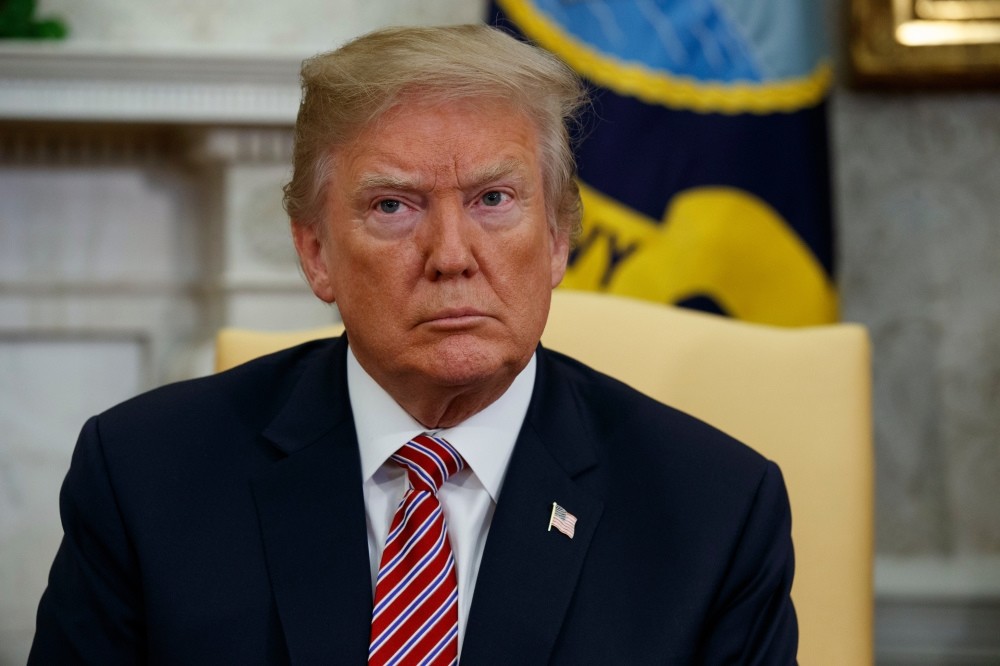 U.S. President Donald Trump's response to the recent chemical attack in Syria would keep the U.S. presence in the region while also deepening the crisis

It was not very long ago, only two weeks, that US President Donald Trump announced, "We're pulling back from Syria." While this announcement by the president hadn't been confirmed by the institutions shaping U.S. foreign policy, and in fact statement contrary to this had been made to the public, the president making such an announcement of will drew the attention of all international actors interested in the Syria issue.Despite statements by the U.S. Departments of Defense and State saying that it would not be possible for the U.S. to pull out of Syria in the short term, the clear statement by a President – who came to power in U.S. through the "America First" slogan and who from the get-go had said that the U.S. should not be in Syria – saying "we will be pulling out of Syria" is not one that can be ignored by international actors. However, in the span of these two weeks, important developments occurred. It is as if someone pressed a button to dissuade the President from this decision and to more rapidly pull the U.S. to the Syrian field.

The Assad regime used chemical weapons again on April 7 and massacred civilians among whom were dozens of children. Following this massacre, many commentators in American media stated Trump's announcement about withdrawing from Syria lay behind the chemical attack and that the statement had spurred Assad.

President Trump then declared that the U.S. would not remain silent in the face of this attack and that Assad would be punished. After this announcement, the manners in which the U.S. might intervene in Syria began to be discussed. In April of last year, Trump had also reacted to Assad's use of chemical weapons and hit some military bases through U.S. Tomahawk missiles a full 63 hours after the attack.

How President Trump will intervene in Syria yet remains opaque. Trump tied himself through the announcement he made. On the other hand, no statement came from American institutions, the Pentagon foremost among them, refuting the President. Moreover, the U.S. president is trying to generate international public opinion in order to intervene in Syria since that day.

At this point, U.K. Prime Minister Theresa May announcing their support for this intervention and that she required the approval of the U.K. parliament for this demonstrated that Trump has some support from the West.However, as will have been expected, Russia acted harshly against this attitude by the U.S. Russia expressed that an American intervention in Syria would harm the U.S. and that Russia would continue to stand behind the regime.

Once this happened, there was a sudden return to speaking about the Cold War period American-Russian tension scenarios among the public. However, facing us are two nuclear powers and we all know that at the end of the day, neither of these two powers will begin a hot war over Syria.The U.S. is an economic and military global giant. Russia is a growing military power, but it is a global actor losing blood in terms of the economy. However, in the Syria context, the difference between them is that Russia is effective and on the ground in Syria, whereas the U.S. is present there through a terrorist organization such as the People's Protection Units (YPG).

To put it plainly, there were not just two chemical weapons attacks carried out in Syria after Trump became U.S. president. The main reason Trump is responding to this chemical weapon attack is as a way of surpassing domestic pressure. If you were to ask me, this is his motivation. For other American institutions, this is an opportunity to keep the U.S. in Syria. For the new national security advisor and secretary of state, Syria is an area of opportunity to punish Iran. According to them, it is not advisable to easily give up on such an area. The Pentagon believes that a withdrawal from Syria will benefit Russia and instead of allowing that, there should be an attempt to create even more costs for Russia.What is acrimonious here is the increasing difficulty of resolving Syria. It is likely that the U.S. intervention will deepen the Syria crisis even more.