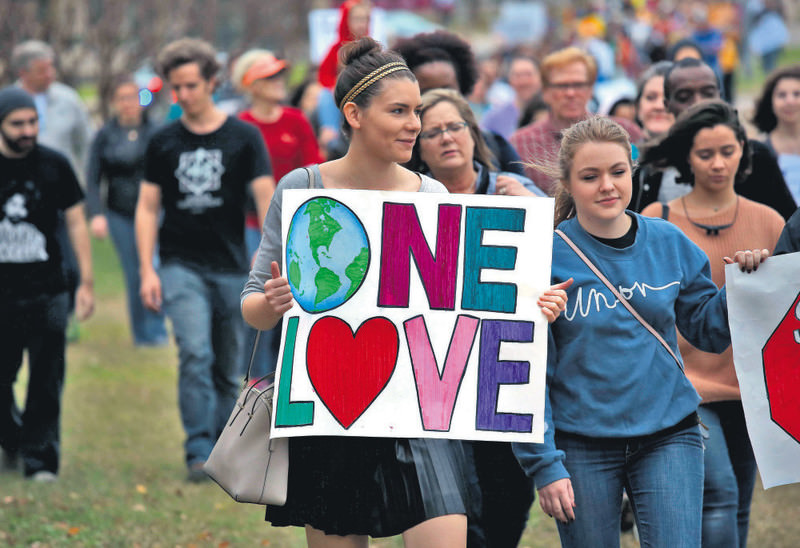 As a class of people, Muslims are prisoners of civil society in the West and are subject to hyper structures of control that negate the basis on which membership in society is founded

Prisons are institutions structured and built to maximize control and exercise absolute domination over the incarcerated population. Society's primary and professed approach to prisoners is centered on a model of rehabilitation in which the individual is locked up for a period of time before being allowed back into cities and towns to mix with the normal population. The other and more pernicious approach often practiced at the same time targeting ethnic, racial and political groups is constructed punitively so as to teach the individual involved or the group a lesson on "proper" conduct and establish social, political, economic, linguistic and religious boundaries.

In both the above approaches and within the confines of the prison, prisoners are placed in a highly controlled regiment with every minute of the day accounted for and intensely regulated. The system is managed by guards and prison administrators with the involvement of psychologists to guide and analyze the societal rehabilitation program at every turn. What prisoners eat, drink and do inside the prison is controlled with a system of privileges and punishments used to elicit cooperation from the incarcerated population.

These prison systems are an apt metaphor and analogy to Muslim-Americans' predicament in the current period. In more than one way, the similarities between the regulated and controlled daily life of a prisoner resembles the contours of Muslims-Americans' experience in civil society. What a Muslim-American can say is already prescribed. The scope of engagement is highly regulated and departure from it is subject to punishment or withholding privileges. Despite the fact that prisoners inhabit and control 95 percent to 98 percent of the space in prisons, nevertheless, guards and wardens control and regulate every aspect of daily life of the incarcerated population.

Consequently, the way to evaluate and approach the Muslim-American community in the current period should be approached from a prison-prisoner lens. Here, the ability to move around and enjoy privileges should not be confused with freedom, equality, constitutional rights and dignity in the full sense of the word. Let us be honest for a moment and detail the Muslim predicament in today's America, as a community subject to structured governmental control, surveillance, entrapment schemes, guilt by association and punitive measures instituted to elicit "correct" conduct and proper political and religious speech.

Take, for example, the levels of intrusion into Muslim religious space whereby the government admits deploying informants and monitoring leaders at these institutions. Religious freedom becomes vacuous if government intrusion is constant and presumption of guilt without evidence is how the Muslim community is regulated and controlled. The introduction in the U.S. of Common Vulnerabilities and Exposures (CVE) programs and Prevent in the U.K. is symptoms of the prison-prisoner relationship. The key question is what other community in the U.S. has such programs to prevent and counter extremism.

Just like prisoners need to adhere to prison regulations as far as clothing are concerned, Muslims' distinctive attire is suspicious and requires intervention by the guards of civil society. The subject must be induced by institutional intervention so as to rehabilitate it away from such clothing since it implies individuality, distinctiveness and rejection of established cellblock rules. In this sense, the clothing runs contrary to civil society's constructed norms and change must be undertaken and, if need be, enforced to remedy.

The more critical civil society control structures are those that operate at the level of ideas and shaping consciousness. Muslim bodies are marked and controlled in civil society in order to discipline and produce a prisoner state of mind that begins to regulate the inside and that which was placed by the institution on the outside. The constant demand on Muslims to condemn every terrorist act, problematizing Muslim critique of foreign policy and the constant insinuation of double talk with the only speech magnified and permitted is the one affirming empire and interventionist policies. Muslims are to be spoken for and not to speak on their own terms. Can Muslims speak in civil society? And if they do, are we ready to listen?

A more insidious aspect of this civil society prison construct is ongoing criminalization as the punitive measure and the intensive rehabilitation program directed at the youth to shape their worldview and identity. Muslim youth are the site of a civilizational rehabilitation program with the intended goal of birthing a new breed content with subjugation and ready to celebrate their cultural inclusion at the expense of political agency, dignity and freedom. Culture and identity divorced of religious and political content is a mere commodity sold and bought by the highest bidders.

As a class of people, Muslims are prisoners of civil society in the West and are subject to hyper structures of control that negate the basis on which membership in society is founded. In more than one way, Muslims today are unequal citizens, and the citizenship, even when it is allowed to be exercised, is probationary and subject to limitations. Just as some released prisoners wear bracelets to monitor their whereabouts and check regularly with their probation officers, so are Muslims in civil society made to wear an imaginary bracelet and check with security institutions so as to ascertain if the rehabilitation program was successful and no more "inducing" is needed.
Last Update: Dec 17, 2015 1:52 am
RELATED TOPICS