Trump: Bigotry's triumph at the polls 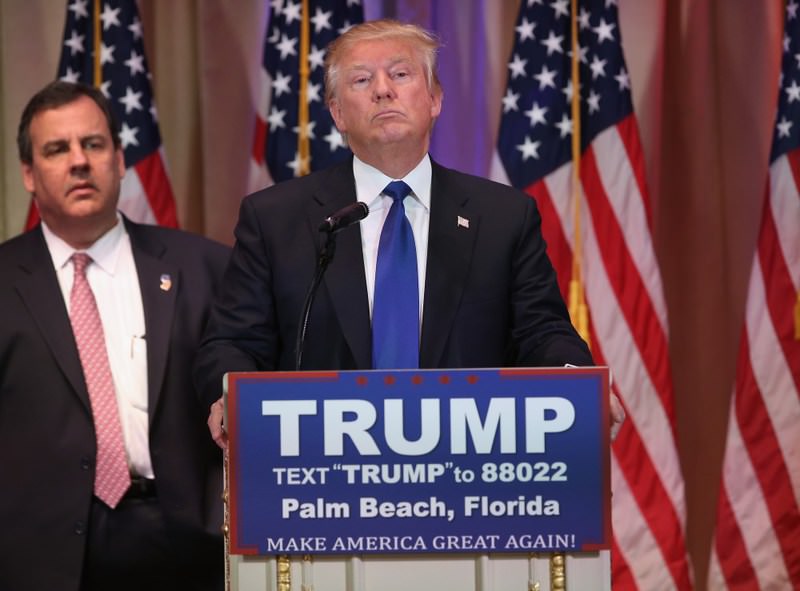 Trump's success, winning the majority of the Republican primaries on Super Tuesday, has become a glimmer of hope for racism, anger and fear

The results of the Super Tuesday primaries brought the Republican Party the unthinkable possibility of Donald Trump being the nominee going into the 2016 presidential election. While it is still too early in the contest, the writing on the wall is clear for everyone and no one seems able to stop Trump's steam train. If anything, Trump represents the triumph of bigotry and the re-emergence of a long discredited xenophobic and nativist strand into America's mainstream politics. Whether this will be sufficient to carry Trump to the White House is still to be seen, but the odds are moving in his favor. The Democratic Party will likely end up with former Secretary of State Hillary Clinton as its candidate - a political figure with a very high negative rating, low likeability among voters and a history fraught with far too many scandals to withstand an entertainer's assault. A Trump encounter with Clinton will provide far too many opportunities to push the same angry outsider rhetoric against a well-established, insider political figure.

The Trump phenomenon has been in the making for quite some time. Indeed, the anger that coalesced into the Tea Party after President Barack Obama's first election in 2008 is a major driving force for the solid base of support for Trump's candidacy. It is important to remember that the tea party managed to create and cement the visible cracks in the Republican Party starting with the 2008 elections. Republican opposition to Obama created fertile soil for the rise of the extremist and racist fringe in the party and for it to push ahead on the basis of a xenophobic and populist agenda. For the Republican establishment, as long as the extremist fringe directed its anger at Democrats and worked with the national leadership to disrupt Obama's agenda then all was well and they were welcome in the party.

The Republican Party provided resources and big donors lined up behind tea party activists so as to energize a disgruntled white working-class base that got wiped out in the financial meltdown. Legitimate grievances and popular anger at Washington was stage managed by the infusion of massive funding and focused into a sustained disruption tactic directed at Obama. The big funders were seeking to prevent any real reforms after the financial meltdown and to make sure that adopted regulations were stripped of effective enforcement or oversight mechanisms. Trump's core support is coming from white middle class and blue-collar workers who have witnessed a steady decline in their income and wealth starting in the middle of the 1970s, but accelerated in the last decade as manufacturing jobs were outsourced and a shrinking industrial sector left them unemployed and unemployable.

The anger is legitimate and the fear for what the future holds is real and palatable, but who to blame and how to fix it is where this group goes totally wrong. Trump is playing with the angry crowds like it is part of a reality TV show and stage managing the anger to avoid any serious questions or giving any proposals for how to resolve any of it. Trump is part of the outsourcing industry and the penchant of CEOs to send jobs overseas to the lowest labor cost possible.

Trump blaming China, directing animus at African-Americans in the Black Lives Matter movement, Mexican immigrants and Muslims is hardly a solution to anything other than fanning the flames of bigotry. Populist and nativist politicians of old have used this blame-game strategy time and time again with the results ending up in blood and destruction visited on a divided and torn up society. If evidence is lacking or the nightly news does not have enough time to cover it then turning our attention to Germany's experience with this type of politics and the consequences it had for country, Europe and the world should serve as a warning sign for all.

Trump's triumph is a serious nod toward fascism and his noncommittal answer when called to disavow former Ku Klux Klan Grand Wizard David Duke's endorsement on national TV is yet another sign, if any is still needed, that we have entered into a very dangerous period. Fascism always comes riding a populist steam train offering a fictitious message of prosperity, a promise to fix existing problems, a call to past greatness and strength in the face of multiple enemies, both domestic and foreign. Yet, as soon as fascism takes hold it begins to craft the desired society by silencing critical voices, using violence against opponents and investing in militarism for domestic repression and foreign adventures. Those who carried Trump on their metaphorical shoulders, if he gets elected, will end up being carried away in security wagons as they attempt to protest the betrayal of promises.

In either case, whether Trump ends up being the nominee or the possible absurdity of making it to the White House, the Republican Party is reaping the bitter harvest of the racist populism they unleashed on Obama. The past eight years have seen the normalization of racist discourse using Obama's image as a signpost while stoking white resentment in the hope of disrupting government operations and ride it back into power. Trump is taking the blame strategy to its ultimate conclusion by riding the racist wave and, in the process, displacing the Republican establishment itself. Racism has reared its ugly head again and is winning at the ballot box across America. Today is the time to push back through building an anti-racist, inclusive and broad coalition.
RELATED TOPICS