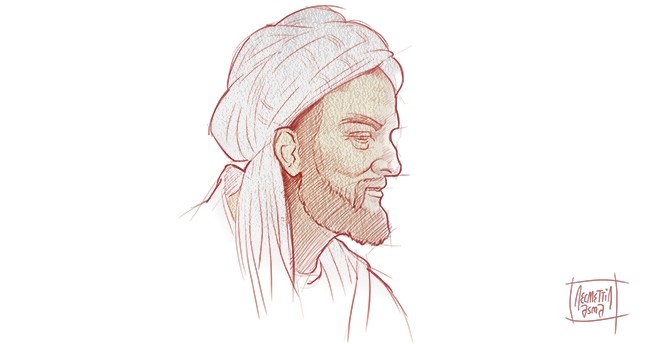 Ibn Khaldun, one of the greatest minds in the Islamic intellectual tradition, who wrote more about history, culture, society, civilization and political power than any Muslim thinker, has a message for all of us today, who live in an age of growing insecurity and global disorder

Abd al-Rahman ibn Muhmmad Ibn Khaldun (1332-1406), one of the greatest minds of the Islamic intellectual tradition and best known for his magnum opus Muqaddimah, wrote about history, culture, society, civilization and political power more than any other Muslim thinker. His profound observations of the North African societies, of which he was a part, led him to develop an intriguing concept of universal history and world civilization.

With a first-rate intellect with vast interests in all the major fields of knowledge, Ibn Khaldun was both a thinker and a doer. Some consider him to be the founder of sociology. Historians admire his wisdom on the rise and fall of great powers. The Marxists praise him for his penetrating thoughts on the power of economic forces in shaping individual attitudes and social relations. The Ottoman statesmen and historians explored his notion of "asabiyyah" to explain the successes and failures of the empire over the centuries. Some see him as the greatest philosopher of civilization. He is a figure of immense interest and enduring relevance no matter from which angle you approach him.

Now, Ibn Khaldun has a message for all of us today who live in an age of growing insecurity and global disorder. If history is any witness, and it is a major one for Ibn Khaldun, it tells us that the key to the material and spiritual wellbeing of a society is cohesion and solidarity. Human beings are by nature "political beings" in the sense that they are bound to live together in order to preserve their lineage, meet their basic needs and realize their potential to be "civilized." The destructive forces inherent in human nature are harnessed when people learn how to coexist and help each other. This requires a set of moral and political principles around which they are to be united. More importantly, there is no civilization without a metaphysical foundation. Those that lose their social cohesion and group solidarity are overrun by others that maintain their unity, strength and resilience.

For Ibn Khaldun, the most fundamental question is what keeps a group of people together and bounded. This is the basis of all culture, civilization and political power or dominion (mulk). Without this basic ingredient, no group of people, tribe, clan or larger community can attain political power, build an urban life and preserve it. This is where we meet Ibn Khaldun's central concept of "asabiyyah," i.e., group solidarity and social cohesion. (The difficulty of translating this Khaldunian term and the various attempts to convey it in different languages attest to its cardinal importance). Asabiyyah is the glue that binds a group together. It gives them the power and ability to protect them against outside aggressors. It enables them to establish peace and order among themselves. It prepares them to build "umran," i.e., civilization.

But this is also where we face a major Khaldunian dilemma: when a group of people bounded and empowered by asabiyyah reaches urban life and attains civilization, they lose their social cohesion and sense of solidarity. As individuals begin to enjoy the benefits and comfort of civilized life in an urban setting, they become lax, lazy and "too mellow" to protect themselves against the onslaught of those who maintain their "bedoin virtues" and warrior qualities. It is only a matter of time before they are overrun by others.

In the Khaldunian paradigm, the price of civilization is the loss of social cohesion, group solidarity and the noble qualities that come with them. Those who lose their asabiyyah also lose their asalah, i.e., nobility. This becomes a recurrent theme, an eternal social cycle whereby tribes, nations, states and empires rise and fall. Ibn Khaldun held that the lifespan of such a cycle is about four generations, i.e., a little over a century. He also believed that the most fundamental basis of social cohesion is kinship. There is no stronger and viable tie that binds people together. No one will dare attack those who have strong kinship ties. But they lose their sense of kinship as they become city dwellers and urbanized-civilized individuals. Ibn Khaldun sees no way out of this conundrum: you attain power, urban life and civilization through your asabiyyah; but when you begin to enjoy the benefits of a sedentary and civilized life, you lose your cohesion.

Clearly, this Khaldunian theory makes sense in small groups such as tribes but falls short of explaining larger social units and how they come together to establish long-standing states and empires. His theory is further challenged by the complexities of the modern world in which we live. So, what do we do? Throw out his theory as too micro-based, tribal and outdated?

The answer is no. While we should continue to problematize his notion of social cohesion and group solidarity based on kinship and tribal ties, we should revise and enlarge his analysis to understand the key questions of cohesion, urbanization and civilization in larger urban and global settings. This is an urgent task especially for the contemporary Muslim world that suffers from lack of both social cohesion and civilizational unity. Failed and weak states, non-state actors, tribalism, sectarianism, ethnic nationalism and a host of other problems deprive Muslim societies of any "glue" that will protect them against aggressors and realize their intellectual and material resources for culture and civilization.

Ibn Khaldun's concept of social cohesion and collective solidarity is related to what the Qur'an says in Anfal 46: "And obey Allah and His messenger, and dispute not one with another lest ye falter and your strength depart from you; but be steadfast! Lo! Allah is with the steadfast." When members of the same group or nation begin to quarrel with one another in destructive ways, they lose their 'wind', i.e., their strength, and falter in every facet of life.

It is high time for contemporary Muslim societies to read Ibn Khaldun in the light of their current predicament. Maintaining both social cohesion and urban civilization might be a herculean task. But it is a challenge that must be met to overcome many of our modern ailments.

Presidential spokesperson for the Republic of Turkey
Last Update: Feb 07, 2017 11:52 am