Solving the Syria mess at the heart of stopping refugee flow 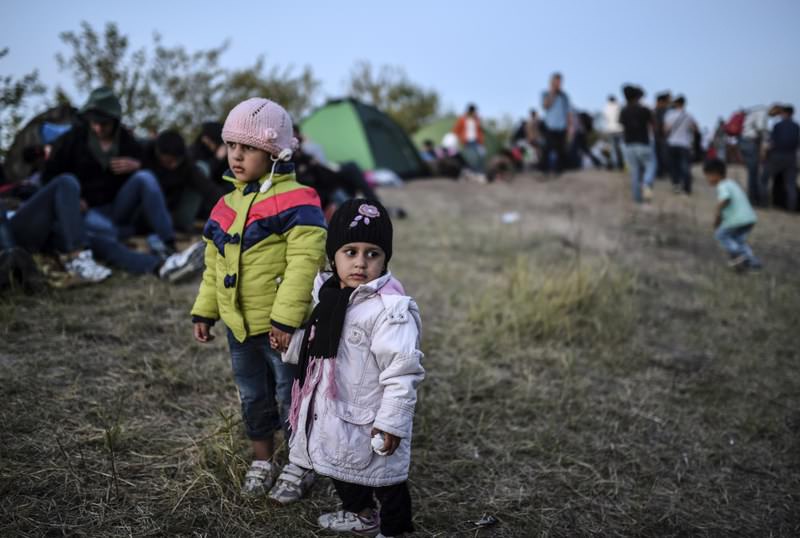 It is time for the international community to do something cooperatively to stop the Syrian refugee crisis from reaching European countries.
by İlnur Çevik Sep 18, 2015 12:00 am

Sooner or later it was bound to come to this: The presence of displaced Syrian people in Turkey reached a saturation point and overflowed so much so that the issue has now turned into a serious refugee problem at the gates of Western Europe.

Turkey has done all it can to host the displaced Syrians. It has opened its gates, camps and homes to 2 million people fleeing the Syrian inferno and it has spent $6.5 billion in taxpayers' money to help maintain a decent living for these people in the past three years. No nation has managed to display such a performance in similar circumstances. Turkey received about $400 million only in outside help for the Syrians, which is simply chicken feed.

Compared to this, Western European countries have done nothing, accepting only about 200,000 Syrians in the past three years. But now they are facing a major exodus of Syrians and they are in a total panic. Syrians have started pushing their way to Western Europe by any means possible. Thousands are trying to cross the Aegean Sea and reach Greece as hundreds are drowning in the process in makeshift dinghies, others have started to push their way by land into Greece and Bulgaria from Turkey's northwestern border as they try to force their way to the Balkans and Central Europe in a bid to reach Germany and the Nordic area.

The Germans, who have a very sound economy, could not even absorb one-tenth of the Syrians that Turkey has accepted. On the contrary the Germans have closed their borders to the Syrians and it is sad that they have taken a decision to allow "Christian" Syrians only into their country. Europe as always is bewildered facing a crisis of major proportions.

So what is the formula?

The formula lies within Syria itself. When Recep Tayyip Erdoğan, now the president, urged the international community to help create order in Syria by ending the murderous Assad regime, people accused him of following a policy of blood feud. But it is now clear that as long as the murderous gangs in Syria manipulated by Assad and Iran continue their bloodbath and as long as the Islamic State of Iraq and al-Sham (ISIS) are not brought down to size and as long as the Russians help Assad survive, the people of Syria will continue fleeing that country.

Europeans have to understand that as long as the Syrian crisis is not solved they will not be able stem the flood of people coming over their way. That means firstly the establishment of a safe zone inside northern Syria for the people who are displaced.

American officials speaking at the U.S. Senate Budget Appropriations Committee have said a safe zone can be established through military means but that this needs a strong political will. It is time the people in the White House started to display that will. It is time also for the European leaders to face the bitter facts and help the cause of establishing such a secure zone in northern Syria.

This also means some help may be required from Turkey in establishing this zone and securing it. The fact that special Peshmerga forces of Syrian Kurds trained by the Barzani administration are entering northern Iraq and thus becoming a complimentary force to the Syrian Kurds that had affiliations with the PKK is welcome. At last people are coming to terms with the prescriptions of Turkey. However, Turkey now has to openly contribute to such efforts and refuse to stay on the sidelines due to various political considerations.
Last Update: Sep 18, 2015 2:07 am
RELATED TOPICS