Blackmailing Turkey: EU should not opt for easy way out on Syrians 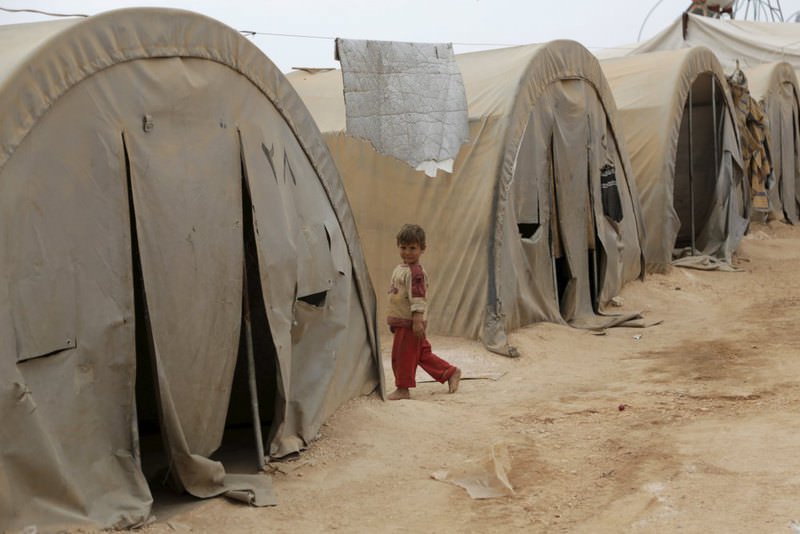 The Syrian refugee crisis, the largest since Word War II, is still ongoing in the eyes of the world.
by İlnur Çevik
Oct 16, 2015 12:00 am

The EU has turned a blind eye to the Syrian refugee crisis, while Turkey has opened its borders to 2.2 million refugees and spent $6.7 billion for them. Therefore, the EU's demand from Turkey to accept more Syrians only to keep them away from their borders is meaningless

The European Union is pondering how it might gain Turkey's support to halt the tide of Syrian refugees going to north European countries.

There seems to be a tendency among some European leaders to tell Turkey that they will shelve visa talks, stall full EU membership negotiations and deny Turkey expanded rights on the Customs Union. We have heard this in the statements of some influential European leaders in the past few days and we only want to say these amount to playing with fire. These are dangerous and shortsighted views that will only create hostility in Ankara. The visa talks, the membership negotiations and improving the Customs Union treaty, especially after the EU signed a new pact with the U.S., are not favors to Turkey but EU obligations. No one is doing anyone else a favor.

The European officials have to know from past experience that bullying tactics with Turkey do not work. You have to speak in a language of sincerity, goodwill and understanding to win the support of Turkish leaders.

Blackmailing Turkey over the Syrians fleeing their country will only be counterproductive especially in view of the fact that Turkey has received 2.2 million Syrians in the past three years and spent $6.7 billion of taxpayers' money on them. Turkey is paying the price for its hospitality as it faces complicated social and economic problems as well as security problems.

The Syrians entering Turkey cannot return home as there are no prospects in the near future that the situation in Syria will improve. On the contrary there are indications that the situation will worsen and more Syrians may pour into Turkey. Their prolonged presence has created social problems. Even the education of hundreds of thousands of Syrian children in Turkey is a massive problem. The fact that Syrians are competing for some jobs that would have ordinarily gone to Turkish citizens is another problem. The Justice and Development Party (AK Party) which led the government that allowed the Syrians into Turkey has suffered setbacks in the elections from angry voters who oppose the massive influx of Syrians into Turkey. The Islamic State of Iraq and al-Sham's (ISIS) terrorists and bombers are entering Turkey via Syria and the PKK is also slipping into our country from the same route, both of which are creating serious security problems.

Yet, Turkey is braving all these odds and Turks are creating minimal opposition to the continued presence of Syrians. However, when you start blackmailing Turkey over the Syrians it is an insult to the Turkish public.

The EU cannot demand Turkey to accept more Syrians just because they want to keep these people away from their borders. The EU was too lazy. They did not bother to prepare themselves for the potential dangers of a Syrian exodus. They just turned a blind eye as Turkey received the Syrians and thus suffered. They did not help. They did not understand the urgency of solving the Syrian crisis thus stop the urge for Syrians to flee their country.

Now they turn to the Turkish people and say "take some money and keep the Syrians in your country and do not let them come to Europe." So to say the least this is a scandal.

German Chancellor Andrea Merkel should visit Ankara over the weekend with all this in mind and hopefully, fully understanding the Turkish mood.
Last Update: Oct 16, 2015 2:21 am